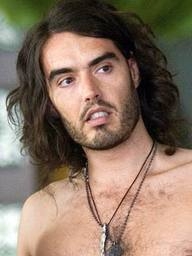 Comedian Russell Brand is so fascinated with yoga and Hinduism that he is determined to buy a house in India.

The actor, who got married to his former wife Katy Perry in Jaipur, wants to spend six months in a year in the country. The 38-year-old actor is currently on the lookout for an estate.

“Russell consulted his Indian guru early this year about the idea and is now making noise about buying an estate or plantation in India,” said a source.

“He wants to be closer to his various spiritual, dietary and heath guides in the country and is telling pals that he would like to spend as much as six months out of the year in India,” the source added.

The actor split from Katy just after 14 months of marriage in December 2011 and is said to be ready to turn his back on Hollywood in favour of a literary career.

The source said: “He will probably rent a home there immediately before he plunks down the millions he would need to buy a place, but he’s serious about this move, arguably more so than his movie career.”