Europe to build Moon Village by 2030 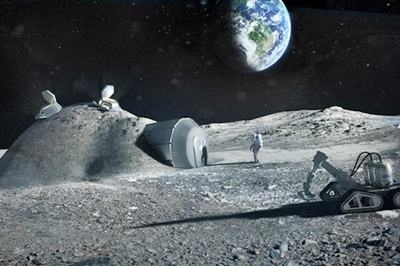 Melbourne: According to the European Space Agency, a man made base on the moon should turn into reality by 2030.

ESA chiefs said that the planned Moon Village, which would be built by 3D printers, could help mankind in exploring the galaxy, reports News.com.au.

They added that according to their plans, robots will land on the moon and prepare the surface for human life and come complete with a series of stunning concepts showing what the moon base could look like. Astronauts could then use the moon as a space base to push on and explore more celestial bodies.

Kathy Laurini of NASA is optimistic that a European moon base could act as a stepping stone for Mars-bound astronauts. She said that the ESA space-exploration strategy sets the moon as a priority destination for humans on the way to Mars.

Laurini added the recent talk of a moon village certainly has generated a lot of positive energy in Europe of playing a role in a global human exploration scenario.