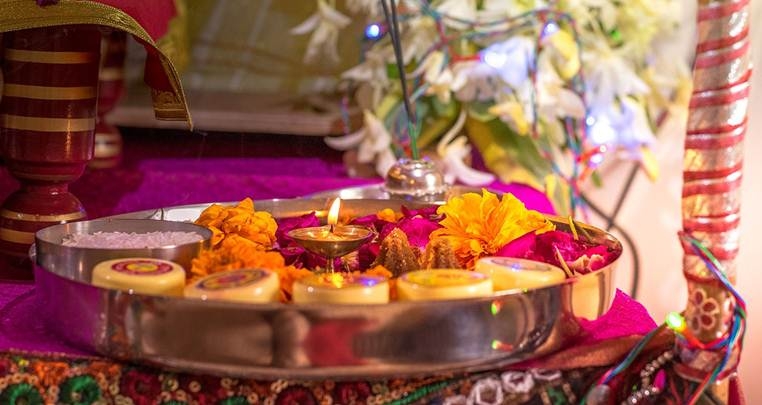 The festival Bhai Dooj is a festival similar to Raksha Bandhan. It celebrates the bond between siblings. The festival is celebrated on the fifth day of Diwali, it is the day when sisters greet their brothers apply tilak on their forehead and perform aarti and in return brothers reward their sisters with gifts and blessings.

Bhai Dooj is known by different names in the different Indian States. It is also called as Bhau Beej, Bhai Teeka and Bhai Phota. It is celebrated on the second lunar day of the Shukla Paksha (bright fortnight) of the Kartika month of Vikram Samvat Hindu calendar.Since it falls on the second day after the new moon day it is known as ‘dooj’ or ‘dwitya’, hence the name ‘Bhai Dooj’. It marks the end of the five-day-long festival of Diwali.

This year, Bhai Dooj will be celebrated on the 29th of October.

The Mythological story of Bhai Dooj

According to Hindu mythology, Lord Krishna paid a visit to his sister Subhadra after defeating the evil demon Narakasura. Subhadra greeted her brother, Lord Ram with sweets and flowers. She also applied tilak on Lord Ram’s forehead, garlanded him and fed him special dishes that she cooked herself.

Another Hindu mythological story around Bhai Dooj involves the Yama, the God of Death and his sister Yamuna. It is believed that the god of death, visited his sister Yamuna on the second day after the new moon. Therefore, the day of Bhai Dooj is also celebrated as "Yamadwitheya" or "Yamadvitiya".

Bhai Dooj rituals are very simplistic, the rituals do not involve any big gestures or activities.The rituals signify the well-wishes and prayers of a sister for her brother.

The sister starts the ritual by applying tilak on her brother’s forehead. The sister also offers him sweets and feeds him one bite with her hands. The brother in return showers the sister with gifts as an act of gratitude.

At many places, flowers of kaddu (pumpkin), betel leaves, betel nut and coins are also placed in brother’s hand after the tilak. Bhai Dooj 2019: Wish your sibling with these beautiful WhatsApp and facebook messages and Images