BJP spokesperson Gaurav Goel tweeted: "FIR shall be registered against him. #Arrest_Ramkesh_Meena."

A saffron flag was torn down in Jaipur in the presence of Ramkesh Meena, an independent MLA who is supporting the Congress party. The video of the incident went viral.

The incident took place at Amagarh fort in Jaipur where a saffron flag was recently placed. The independent MLA and his supporters opposed it and tore down the flag on Wednesday. Some reports also said that the MLA himself tore down the flag.

Meanwhile, the BJP has termed it an act of provocation. The Leader of Opposition in the Rajasthan Assembly Gulab Chand Katria said that MLA has no right to hurt the sentiments of the people. If there is some dispute then it should be sorted out by the administration. This is an act of provocation by an MLA, he said.

The MLA on Friday told a news channel that the people who installed the flag only took it down, and the flag tore when they were taking it down.

Meena added that he will register an FIR against those who installed the saffron flag at the Amagargh fort. He further said that the Rashtriya Swayamsevak Sangh (RSS) and the some other people want to capture the fort. 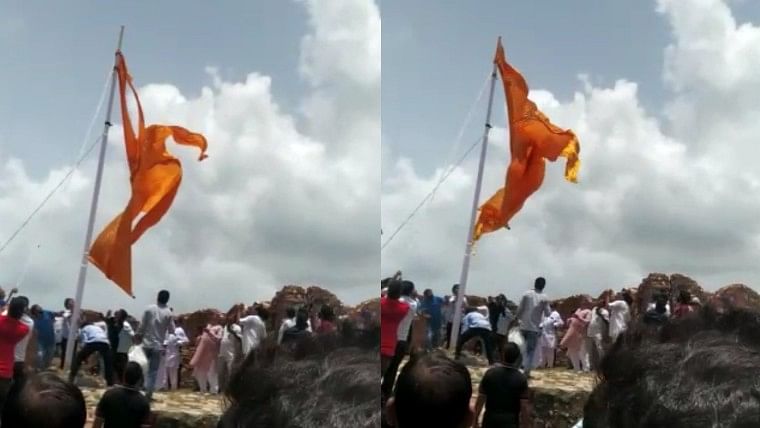