Thompson's mother, Angela Dorsey said, "I'm just lost for words. She loved basketball. She was my baby girl. Everybody loved her."

A 26-year-old baggage handler named Jermani Thompson passed away after her hair got stuck in the machinery while she offloaded an aircraft at the Louis Armstrong New Orleans International Airport.

Thompson was working as a supervisor and was unloading baggage from a Frontier Airlines flight on Wednesday when the unfortunate fatal incident occurred, CBS affiliate WWL-TV reported.

It was during the night hours that she was working with her team (around 10:30 p.m. local time) when the accident took place. She was soon rushed to a nearby hospital, where she was later pronounced dead.

“We are heartbroken and supporting her family and her friends as best as we are able,” a spokesperson from GAT Airline Ground Support was quoted as saying in reports. Thompson worked for the stated employer.

Thompson's mother, Angela Dorsey, told NOLA.com that Thompson was a talented athlete who played basketball in high school and college. Dorsey said, "I'm just lost for words. She loved basketball. She was my baby girl. Everybody loved her." 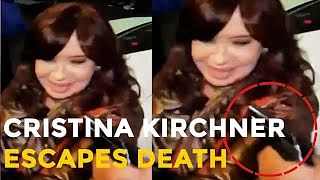