Watch: Woman slaps cab driver; abuses him in the middle of a busy road in Delhi 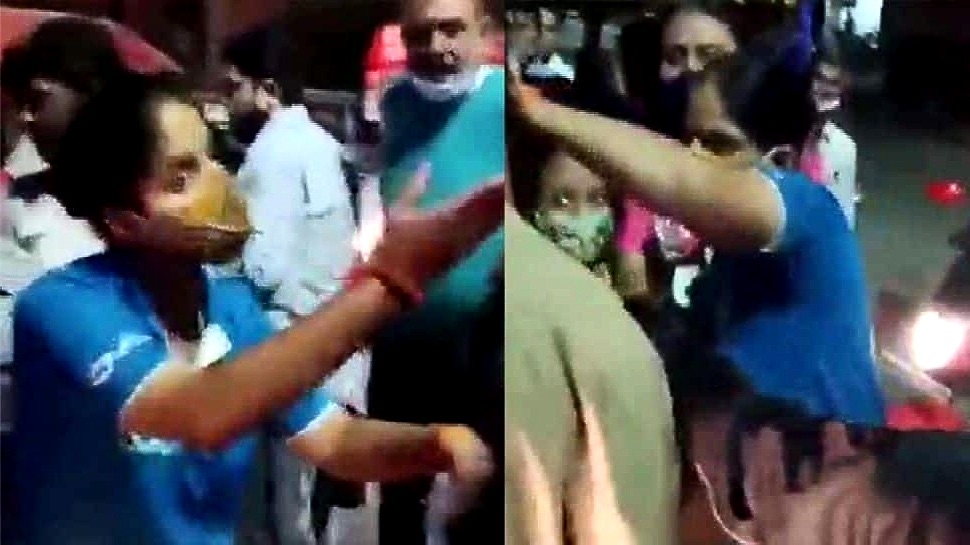 A disturbing video of a woman assaulting a cab driver on the side of the road in Delhi's capital has gone viral.

The woman can be seen gripping the driver's collar and punching and slapping him in the footage. The incident occurred in West Patel Nagar's Kasturi Lal Anand Marg.

The police told the media that if they receive a complaint from the cab driver, they will file a case against the woman.

The woman is seen in a blue T-shirt and a mask on her face while grabbing a cab driver's collar in the middle of the road.

The footage was taken in the West Patel Nagar police station area, and the police are now trying to identify the woman in the video using her scooter's registration number.

Have a look at the video captured by one of the individual's on the scene:

The accused, along with another woman, were riding on a scooty, according to various sources.

The roads were busy, and the cab driver was unable to give the woman the space she asked.

When there were protests against her parking, she became enraged and parked her car on the road itself, abusing and assaulting the driver.

She was also seen screaming and shouting at another man who was present at the time and objected to her behaviour and the cab driver's thrashing.

Watch: 'Spider-Man: No Way Home' trailer has set the bars high with fans eagerly waiting for the...