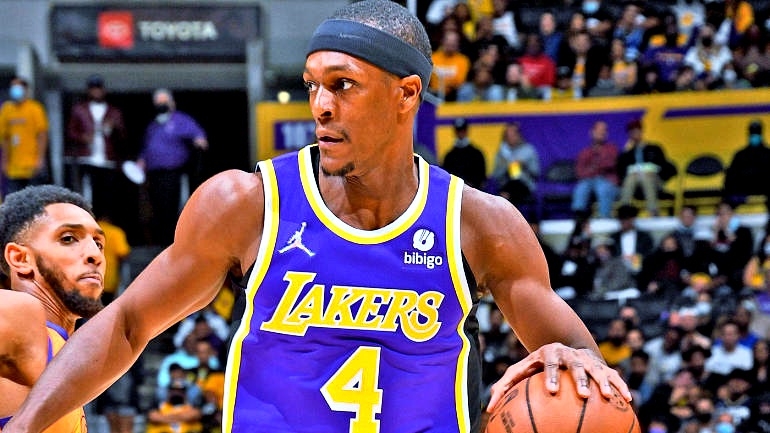 After appearing to get into an argument with Rajon Rondo, a fan sitting courtside during the Los Angeles Lakers' 115-105 loss to the Phoenix Suns on Friday night was ejected from Staples Center.

It's unclear what sparked the altercation in the second half, but Rondo was seen making a finger gun gesture with his palm at a courtside fan's face. The fan was spotted slapping Rondo's hand away after doing it a few times.

Rondo briefly returned his hand to the same place before ejecting the supporter from the game.

Rondo is currently under contract with the Lakers for a one-year, $2.6 million agreement. In 14 minutes off the bench, he had six points and four rebounds as the Lakers fell to 0-2.

Have a look at the video to know exactly how the incident occurred:

Rajon Pierre Rondo is an NBA basketball player with the Los Angeles Lakers in the United States. Rondo was a two-year member of the Kentucky Wildcats before being selected 21st overall in the 2006 NBA Draft by the Phoenix Suns and later traded to the Celtics in a draft-day deal.