WATCH: Parachutist crash lands in the middle of football match in Poland; referee gives him a yellow card 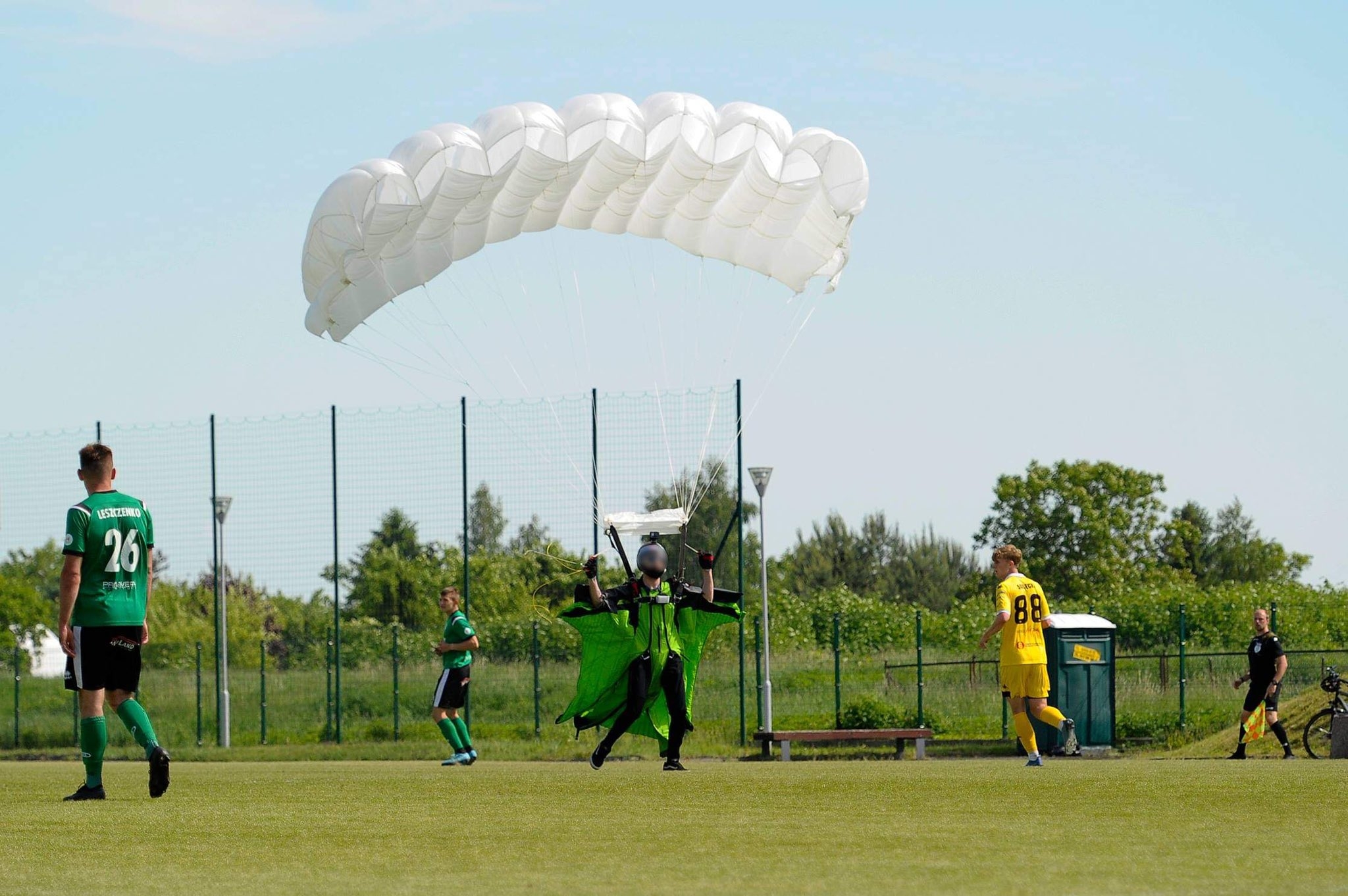 A football match in Poland recently had an unusual visitor after a parachutist floated down from the sky and smack dab into a the field. And while the startled players halted mid-game to observe this unusual phenomenon, the referee was having none of it. Footage of the incident shows the individual being given a yellow card even as others help move him and the parachute away.

According to reports, the forBET IV League match was taking place in Poland's Elblag region, between Olimpia Elblag and PISA Primavera Barczewo. Tweets and updates shared on the Olimpia Elblag team handle (they also won the match in case you were wondering) show the parachutist landing gracefully amid the players.

"Hattrick, double, hail of goals and a jumper landing on the pitch - we have never watched this at a reserves match!" read a post shared on June 6.

The now viral clip shows the referee walking up to the parachutist and solemnly brandishing a yellow card at him. Incidentally, this has sparked a bit of a debate online, with many convinced that he should have been awarded a red card. The latter would also be more effective in removing him from the field.

The video has since gone viral, with many applauding the team and its officials for handling the situation well. While there is not much detail available about the parachutist online, some reports indicate that the unfortunate location had been come about because he had been compelled to make an emergency landing.

Another clip, share by Sky News, shows the situation unfolding from the flier's body cam. He appears to be yelling out a warning as he descends, sending footballers scattering in all directions.