"Whatever my workers have done is really disgraceful. I would like to apologise for hurting the sentiments of Jagannath devotees," the tent house owner said.

Bhubaneswar: A video of Lord Jagannath's idol being ferried in a pick-up van in a disrespectful manner along with a bunch of bamboo and wood on a national highway in Odisha's Balasore district has gone viral on social media, drawing strong condemnation from the netizens.

A youth named Binay Pradhan, who was travelling on the Bhubaneswar-Jaleswar highway on Thursday, had noticed the idol tied to a rope hanging from the van and filmed the moment, which later went viral.

As the video went viral, netizens strongly condemned the careless manner in which the idol was being carried and demanded an apology from the persons responsible for it.

Later, the tent house owner and his staff visited a Jagannath temple in Jaleswar and begged for forgiveness for their mistake.

The tent owner said the idol was installed in a Ganesh puja pandal in Balasore and after immersion of the Ganesh idol, the Jagannath idol along with other materials were being transported to his hometown Jaleswar.

"I was out of station on that day. As my workers are non-Odia people, they didn't know about our sentiments with Lord Jagganth. Whatever my workers have done is really disgraceful. I would like to apologise for hurting the sentiments of Jagannath devotees. I will never commit such mistake in future," the tent house owner said. 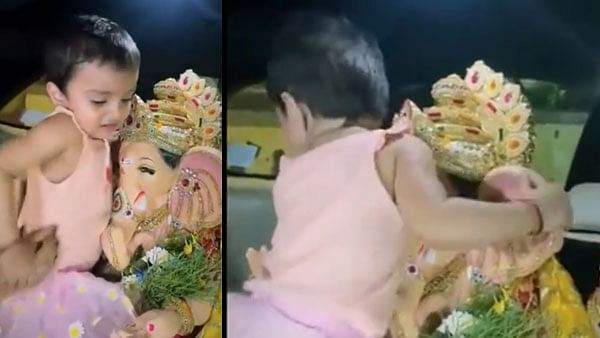 Identify who is Virat Kohli and Babar Azam in their childhood picture wearing similar shirts,...