As the nation remembers surgical strikes that following the Uri attack, netizens have taken to Twitter to pay their tribute to the soldiers who fought till their last breath.
FPJ Web Desk 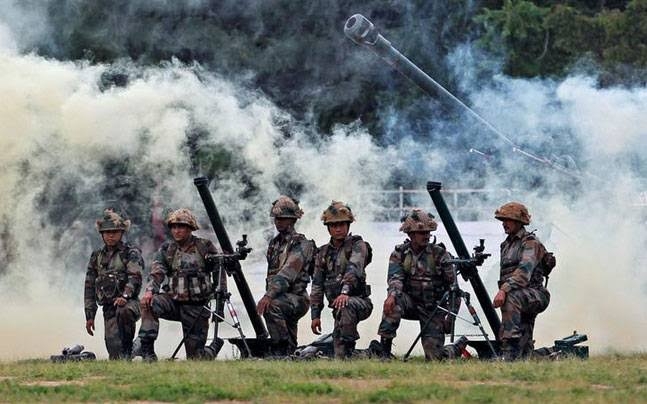 The strike came mere weeks after the Pakistan-based Jaish-e-Mohammed launched an attack on an Indian Army camp in the Uri area of Jammu and Kashmir. At the time, Prime Minister Narendra Modi had promised at the time that the attackers would not go "unpunished" and that the sacrifice of 18 jawans would not be in vain.

Pakistan however had denied India's claim, saying that Indian troops did not cross the Line of Control and instead engaged in a border clash with Pakistani troops, killing two Pakistani soldiers and wounding nine others. The neighbouring country also denied India's claims of additional casualties. According to Pakistani authorities, at least eight Indian soldiers were killed in the exchange, with one captured. India stated that one of its soldiers was detained by Pakistan, but denied that this was related to the incident or that any of its soldiers had been killed.

On Wednesday, as the nation remembers the sacrifice of the brave souls, netizens have taken to Twitter to pay their tribute who fought till their last breath.

Have a look at a few of them:

Nothing compares to the uncountable efforts of our Indian Army for safeguarding the nation. Saluting their bravery and remembering #surgicalstrikeday, the day which showed the world the power of unified INDIA.

On this 5th anniversary of the #surgicalStrike, We salute our brave soldiers who showed the world that India will strike back harder on all those who try to fiddle with the security and sovereignty of our country.#surgicalstrikeday @vinay_sharma199 @myogiadityanath pic.twitter.com/ouk6024nU2

29th Sep 2016, brave India soldiers stormed in & destroyed the havens of terror. #surgicalStrike by our valiant #ArmedForces under leadership of PM Sh @narendramodi Ji showed the world that this is #NewIndia which is more stronger & resolute. #surgicalstrikeday

Remembering the proud moment on 29 Sept 2016,
As IA did surgical strike in PoK. The proof of valour and commitment. #surgicalstrikeday #surgicalStrike pic.twitter.com/S3eGqH9BLT

We sleep safely at night because our brave Soldiers stand ready to visit violence on those who would harm us.

Thanks and a big salute to all the brave soldiers of the our Armed Forces 🙏#surgicalstrikeday pic.twitter.com/zsBCQR9BAh

We Salute the unmatched valour of our brave soldiers who conducted Surgical Strikes.

"Five Years ago, around this time , the world witnessed the courage, bravery & valiance of our soldiers during the #SurgicalStrike. #SurgicalStrikeDay. PM Sh. @narendramodi pic.twitter.com/RsoUnLyCcJ