'My apologies': Dale Steyn clarifies his statement on choosing Pak league over IPL

Earlier, Steyn claimed that playing in PSL, other leagues is more rewarding as a player than featuring in IPL. He took to Twitter to issue an apology. Here's more

Former South African pacer Dale Steyn found himself in the firing line after his comments on Indian Premier League (IPL). Steyn, who had made himself unavailable for IPL 2021, said that tournaments like Pakistan Super League and Lankan Premier League are more rewarding as a player than the IPL where the focus is more on the money and not the game itself.

“I wanted some time off. I found that playing in these other leagues was slightly more rewarding as a player. I think when you go to IPL, there are such big squads and so many big names and so much emphasis on maybe the amount of money players earn and everything like that, so sometimes, somewhere down the line, cricket gets forgotten," Steyn said in an interview with 'cricket Pakistan' official YouTube Channel.

After being heavily criticised by cricket fans, Steyn took to Twitter to issue an apology claiming that his experience in IPL has been amazing and his words were taken out of context.

He said, "IPL has been nothing short of amazing in my career, as well as other players too. My words were never intended to be degrading, insulting, or comparing of any leagues. Social media and words out of context can often do that. My apologies if this has upset anyone. Much love."

Steyn, who had a terrible IPL 2020 for Royal Challengers Bangalore featured in 3 games and took just 1 wicket in the season. He was eventually released by the franchise. Steyn is currently in Karachi as part of the Quetta Gladiators squad for the ongoing Pakistan Super League. 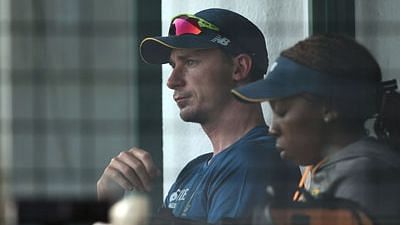