The video shows that the motorman standing in front of a local train that is halted between two stations and urinating.
FPJ Web Desk 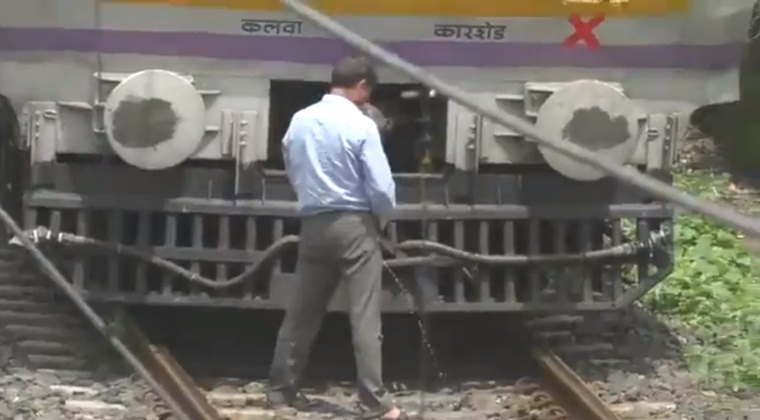 Train delay in Central Railway is not unusual, but the reason behind the delay of this train is pretty unusual. A shocking video is doing rounds on social media, which shows a motorman jumping off the train that he had halted, standing in front of the train between Ambernath and Ulhasnagar and taking a leak on the tracks.

According to Mid-Day, the date of the incident is not yet confirmed but the railway officials said that they will look into the matter. The video was shot by a person standing on a flyover nearby. The video shows that the motorman standing in front of a local train that is halted between two stations and urinating. The video also shows that he climbs back into the motorman's cabin and the train starts moments later.

CR's senior public relations officer A K Jain told the leading daily, "The video has been taken of a Central Railway train, but we are still to verify whether this has been taken on Wednesday or a few days ago." Railway officials also told the leading daily that before any motorman boards the train, that is scheduled to travel a long distance, they get three hours to complete all activities and chores, so generally, such a situation never arises.