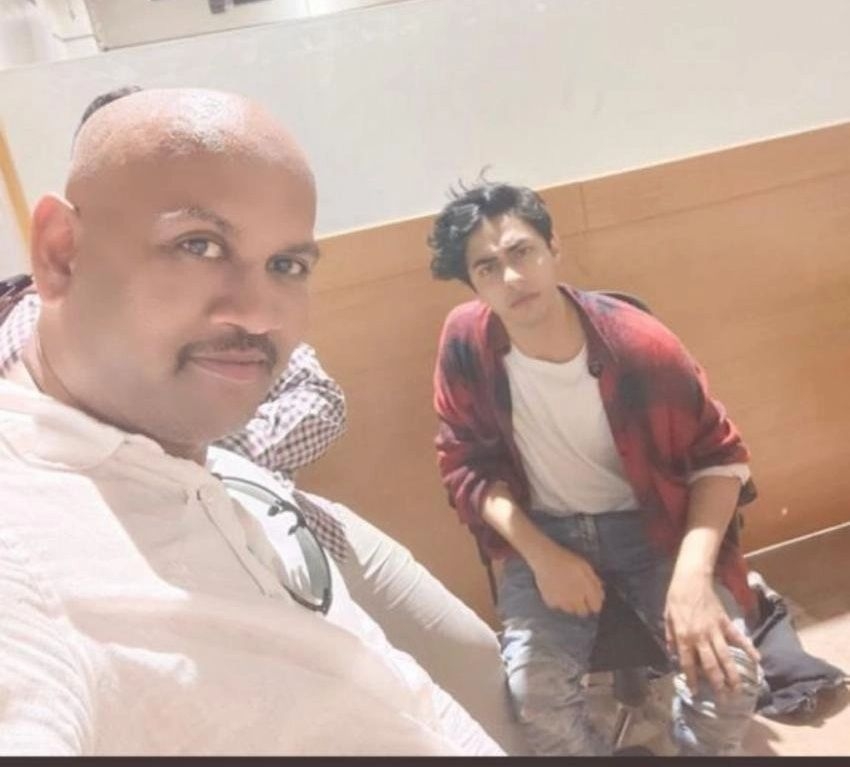 Now, the agency has categorically clarified that the man in the picture with Aryan Khan is not an officer or employee of NCB.

Aryan Khan has been arrested by the agency on charges of possession, purchase and use of banned substances, the NCB has said.

Among others arrested include- Arbaaz Merchant and Munmun Dhamecha.

"All eight, including Aryan Khan, are being questioned. Based on their statements further action will be taken," said the agency said.

In the first of its kind operation on a deluxe cruise ship, the NCB swooped onto the rave party being held on the Cordelia ship off the Mumbai coast and had detained 8 persons including Aryan Khan.

The NCB said that during the raid, it has recovered various popular party drugs like Cocaine, MDMA, Ecstasy, Mephedrone and Charas.