'Like the most awkward yoga pose ever...': Chef Gordon Ramsey's attempts to grate coconut with his feet will leave you chuckling 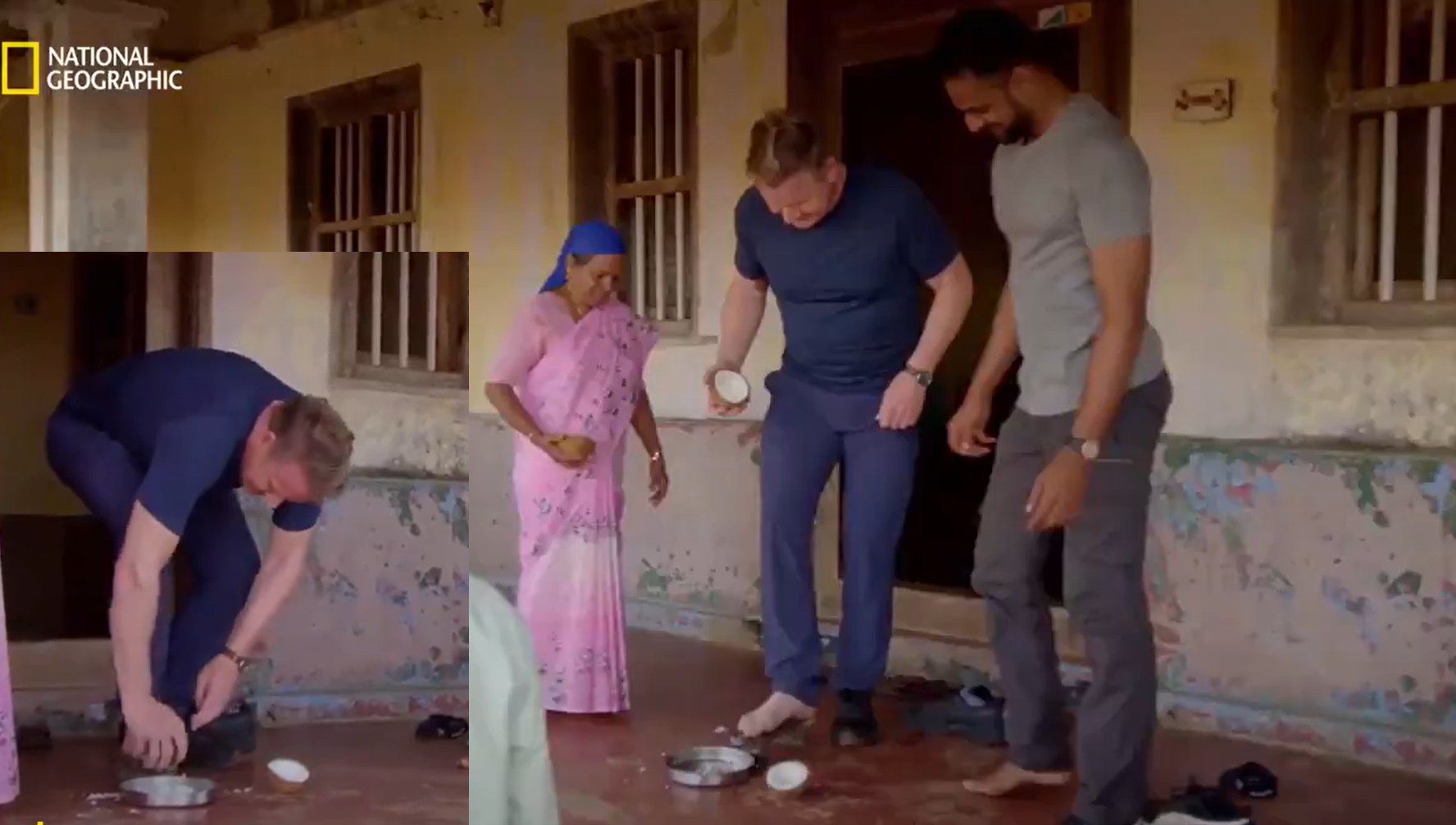 Michelin-star chef Gordon Ramsay usually knows what he is doing when it comes to food. The restaurateur and television personality has been a crucial part of several competitive cooking shows it is rare to see him be bested by any ingredient or cooking implement. But grating a coconut with the aid of his feet seems out of the realm of possibility even for him.

A recent video clip shared by Nat Geo India shows Ramsey partaking of some food in a South Indian household. A single bite however makes him realise that the food is far too spicy, making him wish for water or something to temper the heat. "Coconut, yes please. Or a fire extinguisher," he quips. What follows is a sequence that is likely to make many of you laugh out loud. Ramsey reacts with surprise as a woman smoothly cracks open a coconut, and proceeds to grate it using a mounted knife that she holds in place with her foot. After a few moments, she asks Ramsay to try the same.

As you have probably guessed, his attempts don't go too well, the first attempt shows Ramsey stumbling, before he eventually gives up and sits down to finish grating.

While it is not clear when exactly the video was filmed, it is a part of the National Geographic show called Gordon Ramsay: Uncharted. The people in the clip are not shown wearing masks, and it is likely that the shoot took place prior to the pandemic. According to a National Geographic article about the show, he had had some other difficulties too. One example is his attempts to catch a weaver ant nest.

The episode called "India's Spice Hub" tracks Ramsey through a journey across southwestern India, starting with Kannur, in Kerala.