With this win, Bangladesh has become the first team to defeat New Zealand in New Zealand in a Test match since March 2017. This is also Bangladesh's first Test victory over the BlackCaps.
FPJ Web Desk 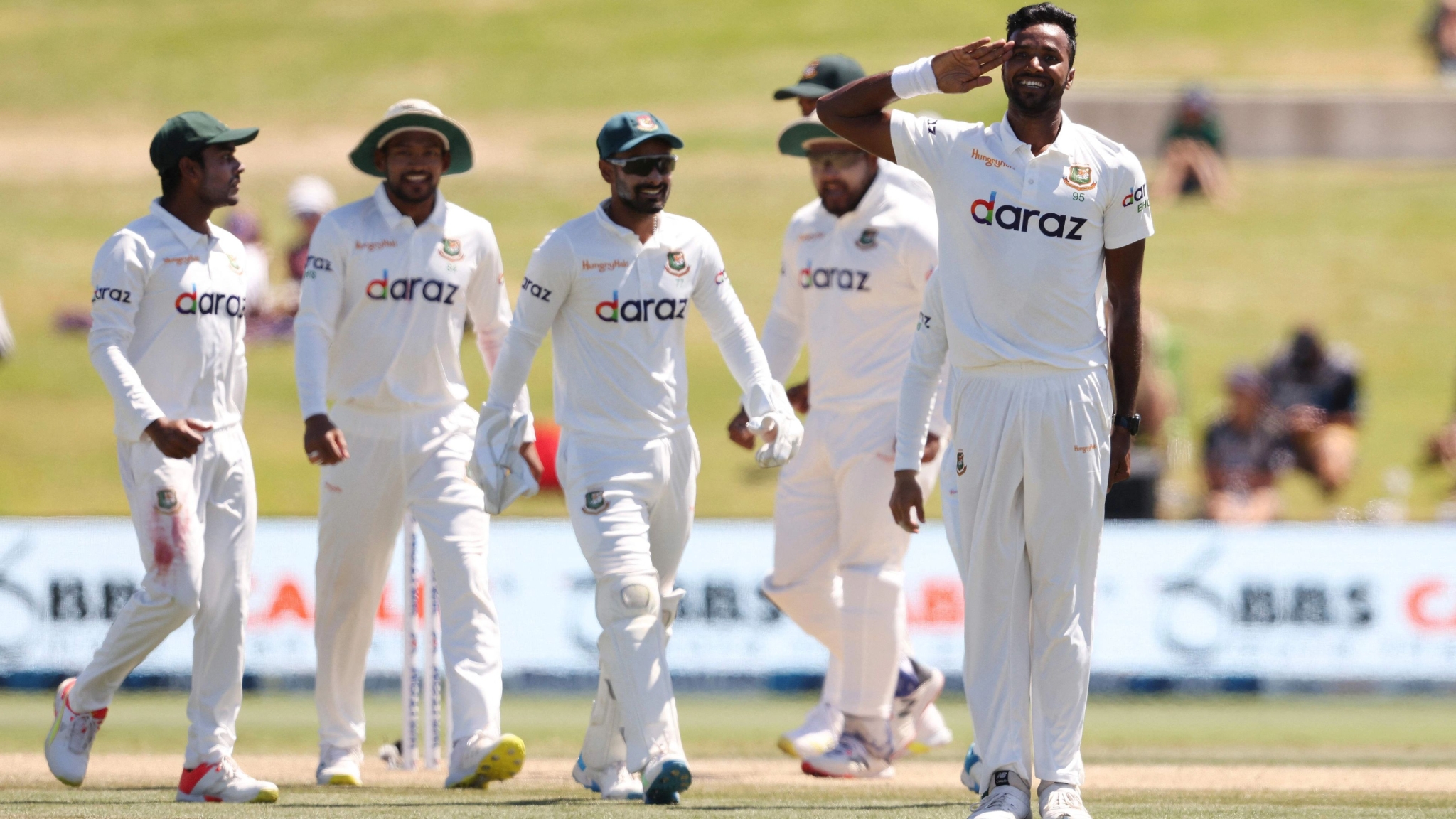 Mount Maunganui: Ebadot Hossain picked up a six-wicket haul in the second innings as Bangladesh defeated New Zealand by eight wickets in the first Test of the two-match series here at the Bay Oval, Mount Maunganui on Wednesday.

Here's how former cricketers and fans had to say Bangladesh's extraordinary achievement :

Congratulations @BCBtigers🇧🇩 for creating history in Mount Maunganui! To win the Test by 8 wickets and register their first-ever Test win over New Zealand is inspirational and an incredible achievement. I am sure this win will be cherished for a long time. #NZvsBan pic.twitter.com/oSAnlAkzbI

Few things more inspiring in sport than the victory of the underdog.
What a moment for @BCBtigers congratulations, and take a bow 🙌🏻👏🏻 #NZvBAN pic.twitter.com/EkY5WDXahj

Not many teams can beat New Zealand in their backyard…

What a win for Bangladesh over New Zealand by 8 wickets at Mt Maunganui. History for Bangladesh.#NZvsBan pic.twitter.com/ePOfnzePti

Bangladesh has never won a test match in New Zealand. They broke New Zealand’s winning streak at home which started in March 2017 👏

All praise is due to Allah swt,,,

Emotional & lost for words!! So proud of each and everyone in the squad!! Tears of joy and super proud to be part of history!! #NZvsBan

Needing 40 runs for the win, Bangladesh wrapped up the chase in overs with Mominul Haque (13*) and Mushfiqur Rahim (5*) remaining unbeaten at the crease. For New Zealand, Tim Southee and Kyle Jamieson picked up one wicket each in the second innings.

Earlier, resuming Day 5 at 147/5, hosts New Zealand managed to add just 22 more runs to the total, setting Bangladesh a target of just 40 runs for the win.

Kyle Jamieson and Tim Southee were dismissed for a duck on the final day of the Test while Trent Boult scored eight runs. 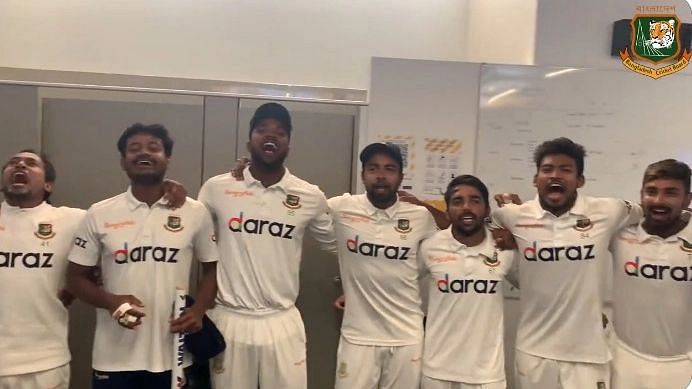