Congress MP Shashi Tharoor on Thursday congratulated Thiruvananthapuram Mayor Arya Rajendran, who became the youngest mayor in the country two years ago, on her impending wedding with CPI(M) lawmaker KM Sachin Dev. The leader described Dev as a "good catch".

"Congratulated Thiruvananthapuram Mayor Arya Rajendran on the announcement of her impending nuptials to CPI(M)'s youngest MLA, Sachin Dev. Anyone whose name combines two of India's greatest cricketers must be a good catch, I told her! Blessings and best wishes to the young couple," said Tharoor, referring to cricket greats Sachin Tendulkar and Kapil Dev.

Congratulated Thiruvananthapuram Mayor Arya Rajendran on the announcement of her impending nuptials to CPIM’s youngest MLA, SachinDev. Anyone whose name combines two of India’s greatest cricketers must be a good catch, I told her! Blessings & best wishes to the young couple. pic.twitter.com/glcEHdg7BX

Both Rajendran and Dev are members of the CPI(M). After the news about their wedding plans became public, Rajendran told reporters that they had informed their families as well as the CPI(M) about their decision since they were elected representatives. She said they belonged to a similar political ideology and had worked together in Students' Federation of India (SFI).

In 2020, Rajendran became the youngest mayor of Thiruvananthapuram at the age of 21. She contested the civic elections when she was still in college, pursing a Bachelor in Science degree (Maths). The daughter of CPI(M) activists K Rajendran and Sreelatha, Rajendran has been associated with the party from a very young age. "May be from around the age of 5," she had said then, NDTV reported

Dev, 28, is an MLA from Balussery and is also the incumbent national joint secretary of the SFI. The date for their wedding is yet to be announced. 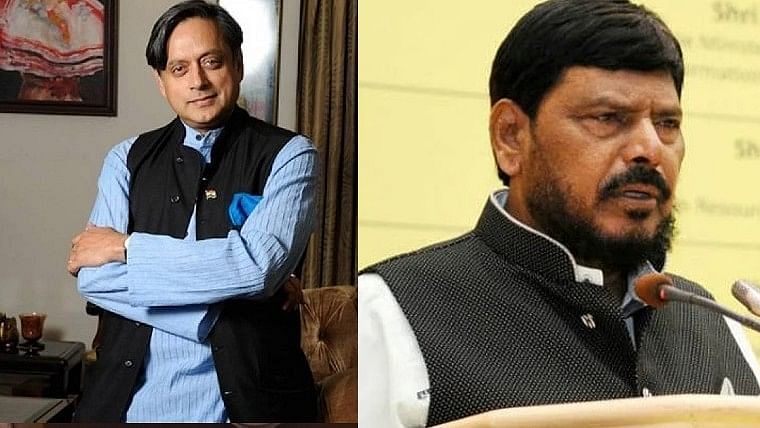