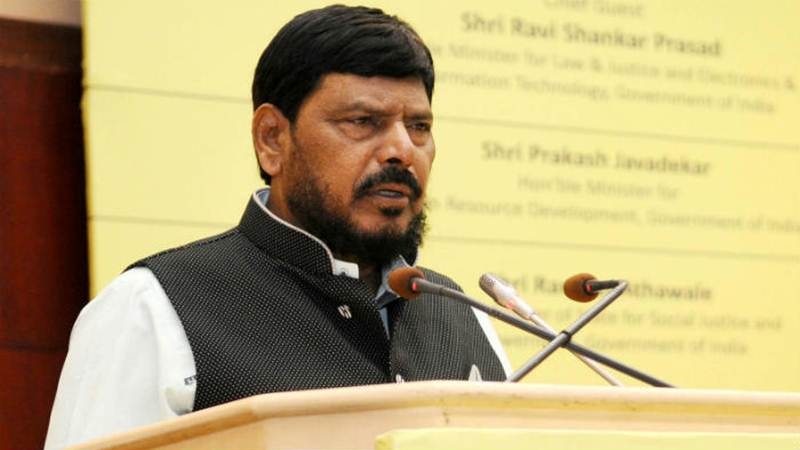 Ahead of the Lok Sabha elections, the Parliament on Wednesday passed a landmark Constitution amendment bill providing for 10 percent reservation to upper castes in government jobs and higher educational institutions. The discussion in the Lok Sabha over the Bill saw heated arguments between the elected members, but the Minister of State for Social Justice and Empowerment, Ramdas Athawale, found a creative way to show his support for both the Bill and the government.

Athawale wrote and recited a poem in the Lok Sabha. The poem included digs at Rahul Gandhi and the Congress and declarations that the Narendra Modi administration would return to power in 2019. This poetry gave the Parliamentarians much-needed respite after a hectic day in Lok Sabha.

On Wednesday, Parliament passed a landmark Constitution amendment bill providing for 10 percent reservation to upper castes in government jobs and higher educational institutions, with the Rajya Sabha voting for it late in the night after rejecting a demand for referring it to a select committee for detailed scrutiny. Union minister Ramdas Athawale also told PTI that if there is no alliance between the BJP and Shiv Sena, he would be the NDA candidate from Mumbai South Central constituency.