As the people of India and around the world unite to extend their support to Indian farmers, netizens take to Twitter to join the movement by sharing tweets, posts, videos and images to show their support for the same. 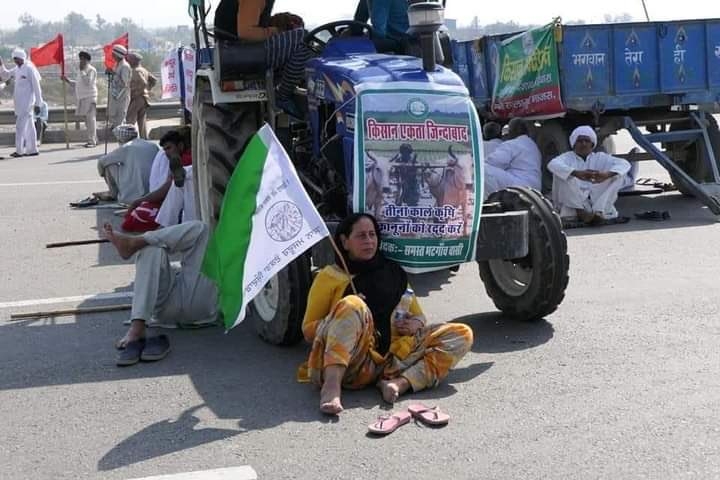 Farmers across the country have participated in the Bharat Bandh on Monday, as a part of their ongoing protest against the three agricultural laws that are now being debated. The call for bandh has had a major impact as many interstate and state roadways have been shut down, with routes having to be rerouted. The movement of trains is also hampered as a large number of trains departing from Delhi have been cancelled. Farmers who are protesting since 6am in the morning, intend to continue till 4 pm. The bandh has had greater impact on Haryana, Punjab, Delhi, Uttar Pradesh, and Rajasthan.

Netizens have also extended their support to help farmers in their fight for justice, and to abolish the farm laws. Social media platforms including Instagram, Twitter and Facebook are now flooded with 'support posts' and slogans on #BharatBandh.

Have a look at a few that have taken over Twitter:

Protest in support of the Bharat Bandh at the Indian embassy in Birmingham & Dublin.#कल_भारत_बंद_होगा #BharatBandh pic.twitter.com/Aiy7lCzXoj

Early morning scenes at the Ghazipur Border. Farmer unions have called for a #BharatBandh today.

Torchlight processions and campaign marches and meetings across India in support of tomorrow's #BharatBandh called by the united forum of farmers. pic.twitter.com/3JIQVQ6Xgo

They are not only fighting for themselves but for us too.

No farmer = No food

Dear India,
Sorry for the inconvenience.
The nation is under maintenance today, for a better tomorrow.
- Indian Farmer#BharatBandh #आज_भारत_बंद_है#FarmersProtest https://t.co/wZakHpkN0y

The Indian farmers' protest of 2020–2021 is an ongoing protest against three farm acts approved by India's Parliament in September 2020. For the past few months, there has been a standoff between the central government and the farmers. Farmers, farmer unions, and their representatives have requested that the laws be abolished and have stated that a compromise will not be accepted.