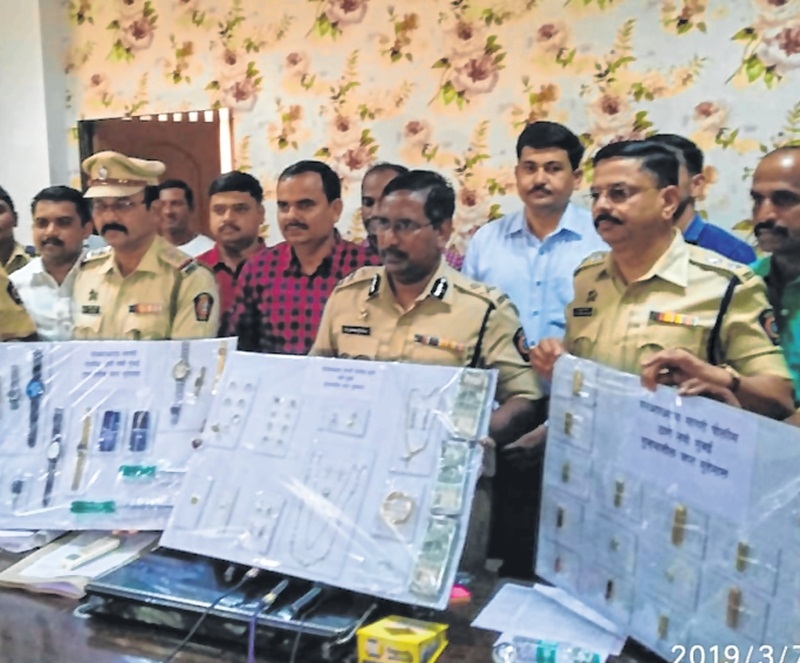 Mumbai: NRI Sagari Police arrested two men for breaking into people’s houses in the afternoon and decamping with their valuables in Navi Mumbai. The two accused were named in over 26 cases of house-breaking, thefts and had been on the run since 2017. Police also arrested the local jeweller who purchased the stolen gold and have recovered gold and cash worth Rs 41.78 lakh from the arrested trio.

According to police sources, all police stations in the Navi Mumbai jurisdiction had been on the lookout for the accused who had been named in over 26 cases of house-breaking. “The two accused, Dnyaneshwar Bangare, 35, and Anant Kamble, 49, would target houses in the interior of the city which would be empty in the noon.

After a recce of the house, building and the society, the duo would carry out the burglary, making off with cash and valuables,” said Sudhakar Pathare, Deputy Commissioner of Police (Zone 1). On February 26, a team led by senior police inspector Tanvir Shaikh of NRI Sagari Police Station arrested Bangare and Kamble in a house-breaking case and realised the duo was also behind the 25 other cases with a similar modus operandi.

Police had been tracking their modus operandi by gathering CCTV footage, recording statements of the victims as well as the eye-witnesses. “The duo had committed 13 offences in every zone of the Navi Mumbai police’s jurisdiction. So we had a pattern to track, which helped us nab them,” said DCP Pathare.

During the investigation, the arrested duo revealed they had sold the stolen items to a local jeweller, Ratanprakash Jain, who was also arrested after proper verification and quizzing. Police have booked the trio under relevant sections of the Indian Penal Code and recovered cash and valuables worth Rs 41.78 lakh.