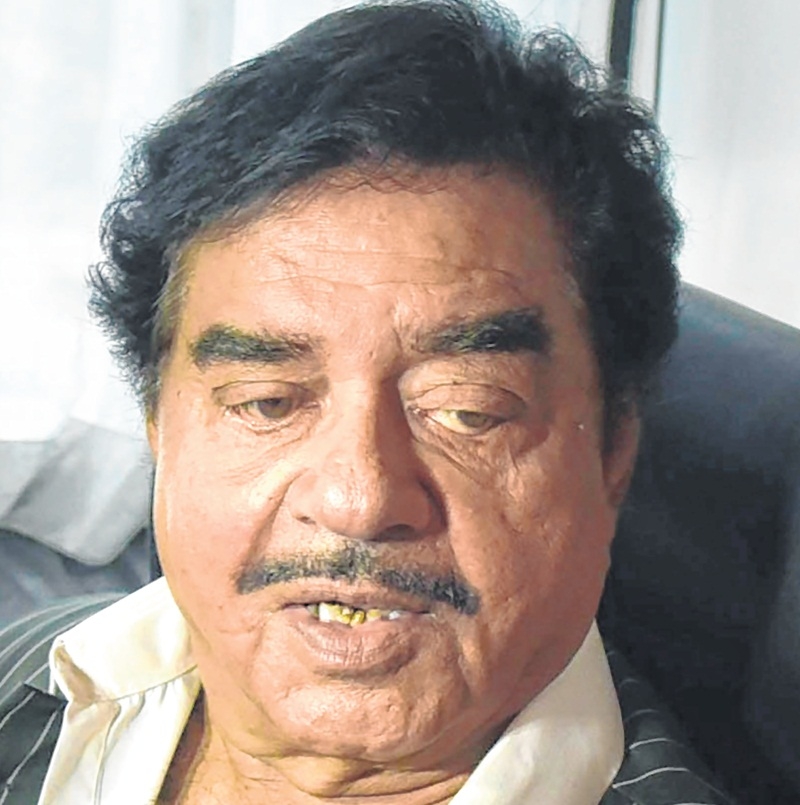 Patna: Facing flak from the BJP for having recounted Mohd Ali Jinnah among the stalwarts of the Congress party at an election rally, Patna Sahib candidate Shatrughan Sinha on Saturday asserted that he saw nothing to be apologetic about the slip of tongue. Sinha said he wished to speak about Maulana Abdul Kalam Azad, but due to slip of tongue ended up saying Mohd Ali Jinnah. The actor-politician had made the faux pas at a rally at Chhindwara in Madhya Pradesh the previous night while he was rattling off the names of towering personalities associated with the Grand Old Party.

As news channels beamed the relevant excerpt, BJP with which the actor-turned-politician had severed his three decades long ties recently mocked the former Union minister for speaking of the founder of Pakistan in the same breath as Mahatma Gandhi and Sardar Patel. Meanwhile, Bharatiya Janata Party (BJP) President Amit Shah on Saturday slammed Shatrughan Sinha for praising Pakistan founder Mohammed Ali Jinnah, days after quitting the saffron party and joining the Congress. “Shatrughan Sinha has just gone to the Congress. Now he says that Jinnah was also a great man like Mahatma Gandhi and Sardar Patel. The Congress leaders are praising Jinnah, who has divided the country. It is their character,” Shah said while addressing a rally in Odisha’s Mayurbhanj Lok Sabha constituency.