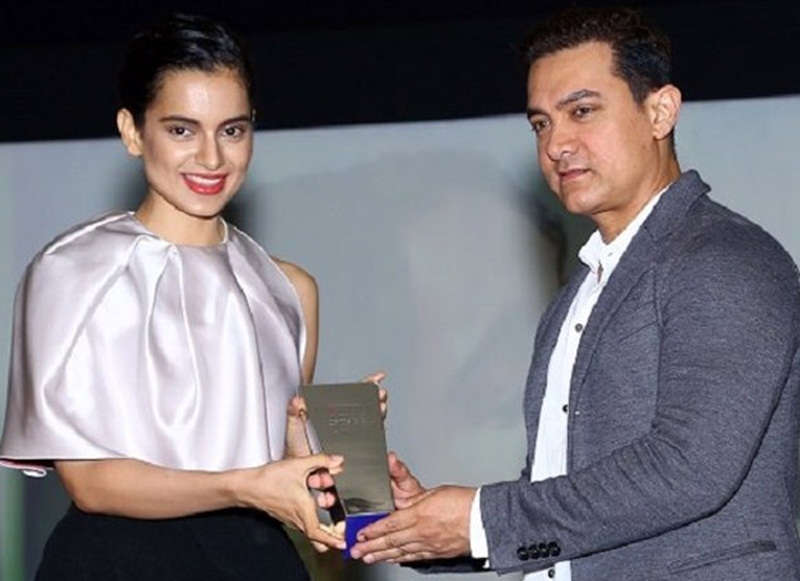 Aamir Khan just celebrated his 54th birthday with his media friends and made a couple of interesting announcements! Well, first of all, he gave very good news on the occasion of his birthday and announced his new film. He will be featured in Lal Singh Chaddha, Hindi adaptation of Forest Gump. Aside from this, he spoke about his Paani foundation and the goals for this year.

Amongst all these issues, he also addressed Kangana Ranaut’s allegations against him. While Aamir and Kangana had gotten along well, she had a bone to pick with him. She said that she made sure to attend all his film screenings all the way to the venue where it was organised but he was too busy to come to her Manikarnika screening and she was hurt by this. Aamir was asked what he thinks about this and he replied noncommittally, “I didn’t know about it as she never told it to me. When I will get to meet her, I will ask her.”

Aamir has promised media to go talk to her and sort things with her. She also had a similar grouse with Alia Bhatt. She said she supported Raazi because it was a woman-oriented film and because Alia and Meghna Gulzar did such a great job with it. But a similar courtesy was not extended towards her as Alia did not come to the screening organised by her for Manikarnika. Alia has always been respectful towards her in media and has handled her allegations with a lot of dignity and poise. Ditto for Aamir.

Aamir was also asked about the Saare Jahan Se Acha’s casting debacle as after him, Shah Rukh Khan has left the project. Aamir said he is concentrating on Lal Singh Chaddha.