Break locks at three places without much success

Ujjain (Madhya Pradesh): Thieves broke locks at three places one after the other in the middle of the market in Freeganj area on the chilly midnight of Thursday. Thieves entered Ceramic Mall, Credit Cooperative Society and an advocate’s office but did not get much. They took away the DVRs of the CCTV cameras.

In the first incident, thieves broke open the rear door of Royal Ceramic Mall located at Indira Gandhi Square, Freeganj. On Friday morning, when the employee Sandeep Sharma opened the shutter of the shop and found the goods scattered, he informed the shop owner Chandra Prakash Sharma, who lives in Teliwada. He informed the police and after that SI Ravindra Katare of the Madhav Nagar police station and FSL team reached the spot. When the CCTV cameras of the shop were checked, the DVR was found missing.

The second incident took place in the office of the Ujjain Bank Employees Credit Cooperative Society located on the second floor of Santosh Complex, located near Indira Gandhi Square. The thieves who entered here broke the locks of three cabinets kept in the office but found nothing except papers. There were only papers and files in the office, so they had to return empty-handed.

The third incident of theft was committed in the office of advocate Yogesh Goswami in the Santosh Complex itself. Thieves took away two small silver idols kept in the office of Goswami Associates. However, here too they messed-up the office.

Another incident of theft took place in Gayatri Nagar of the Chimanganj Mandi police station area. Thieves entered the house of Pranay son of Rajesh Sharma, who lives here on Thursday evening and took away the laptop and mobile. Pranay is a software engineer and works from home. When he woke up at 7 am on Friday, the HP company’s laptop and Samsung company’s mobile kept in his room were missing.

The cost of the laptop is about Rs 42,000 and that of the mobile is about Rs 10 thousand. Pranay’s mark-sheet, Aadhaar card, PAN card and licence have also been stolen. After a lot of investigation, it was found that on Thursday night someone entered the house by jumping over the boundary wall and stole the laptop and mobile. The complainant has registered an FIR at the police station. 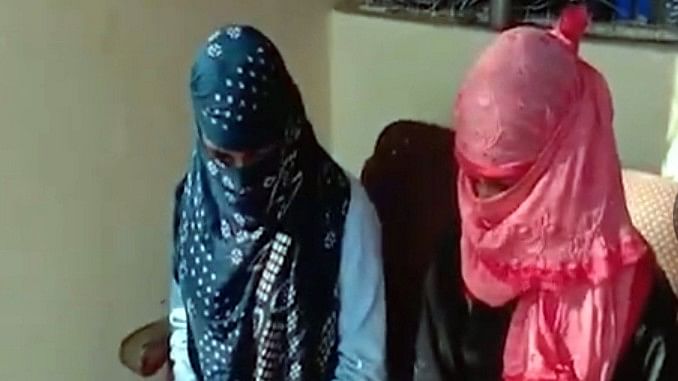