However, like the previous two sawaris, Lord Mahakal was kept at a distance from the people due to fear of corona; but, this did not prevent the people from welcoming the Lord with fervour.
Staff Reporter 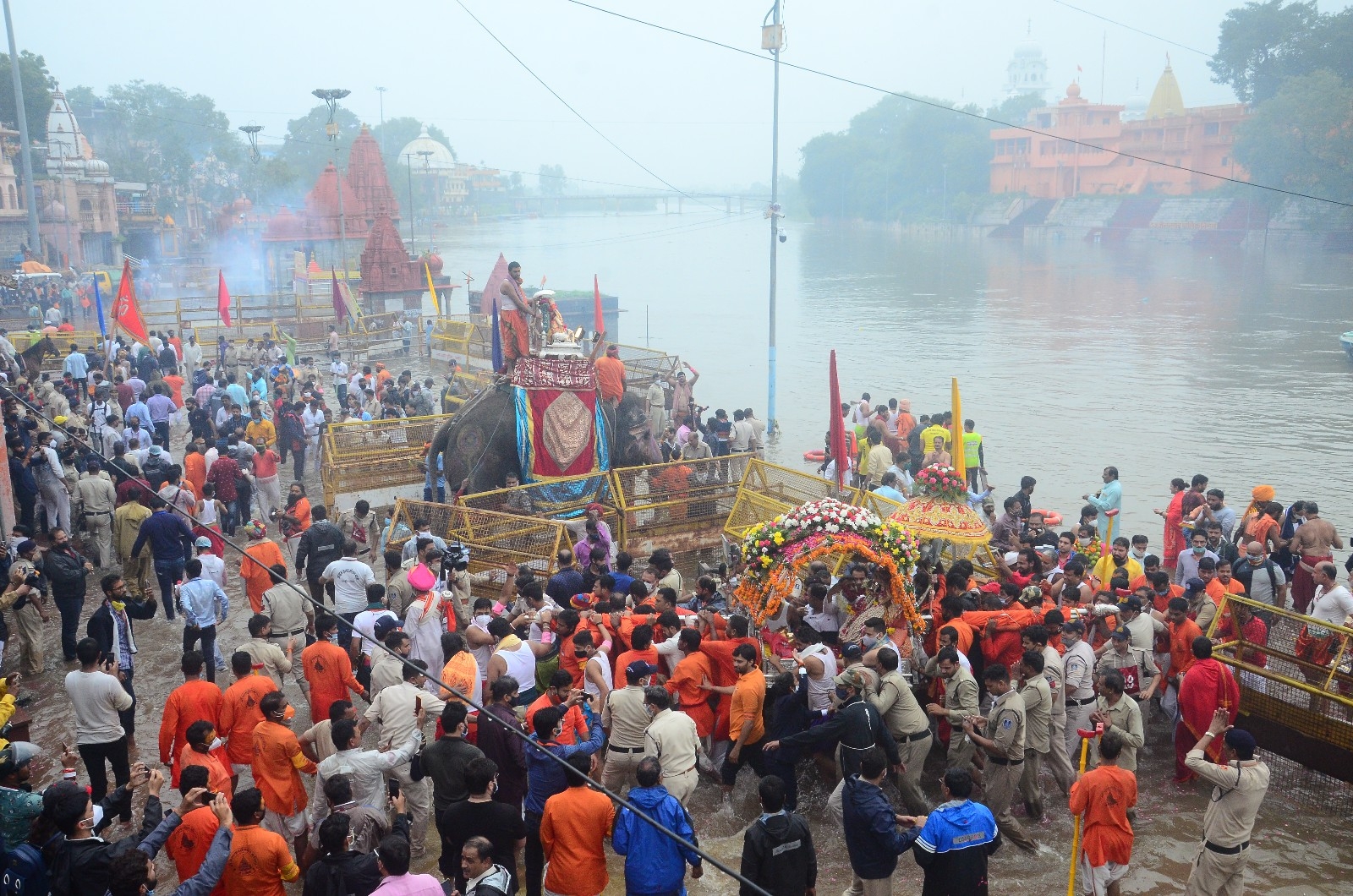 Customary worship of Lord Mahakal’s replica being held outside the ancient Harsiddhi Mandir to mark the Shravan month, Sawari, in Ujjain on Monday. | FPJ

Ujjain: Amid pouring rain, the third sawari (procession) of Lord Mahakal was taken out on Monday in the city. However, like the previous two sawaris, Lord Mahakal was kept at a distance from the people due to fear of corona. But, this did not prevent the people from welcoming the Lord with fervour.

Shots were fired in the air to give guard of honour to the Lord as the silver palanquin was taken out in a red carpet. There were fireworks and people blew conch shells to welcome the Lord.

People saw the procession from a distance, bowed their head in obeisance and showered flowers at the Lord in devotion. All the people prayed to Lord Mahakal to rid the country of corona virus so that next year they are able to take part in the procession. A silver broom was used to clean the roads through which the procession went. The procession went via the Bara Ganesh Mandir, Harsiddhi Chouraha, Siddhashram to reach Ram Ghat. Here, Lord Chandramouleshwar, who was in a palanquin was worshipped, along with Manmahesh who was on an elephant. After the worshipping was over, the sawari went back to the temple. 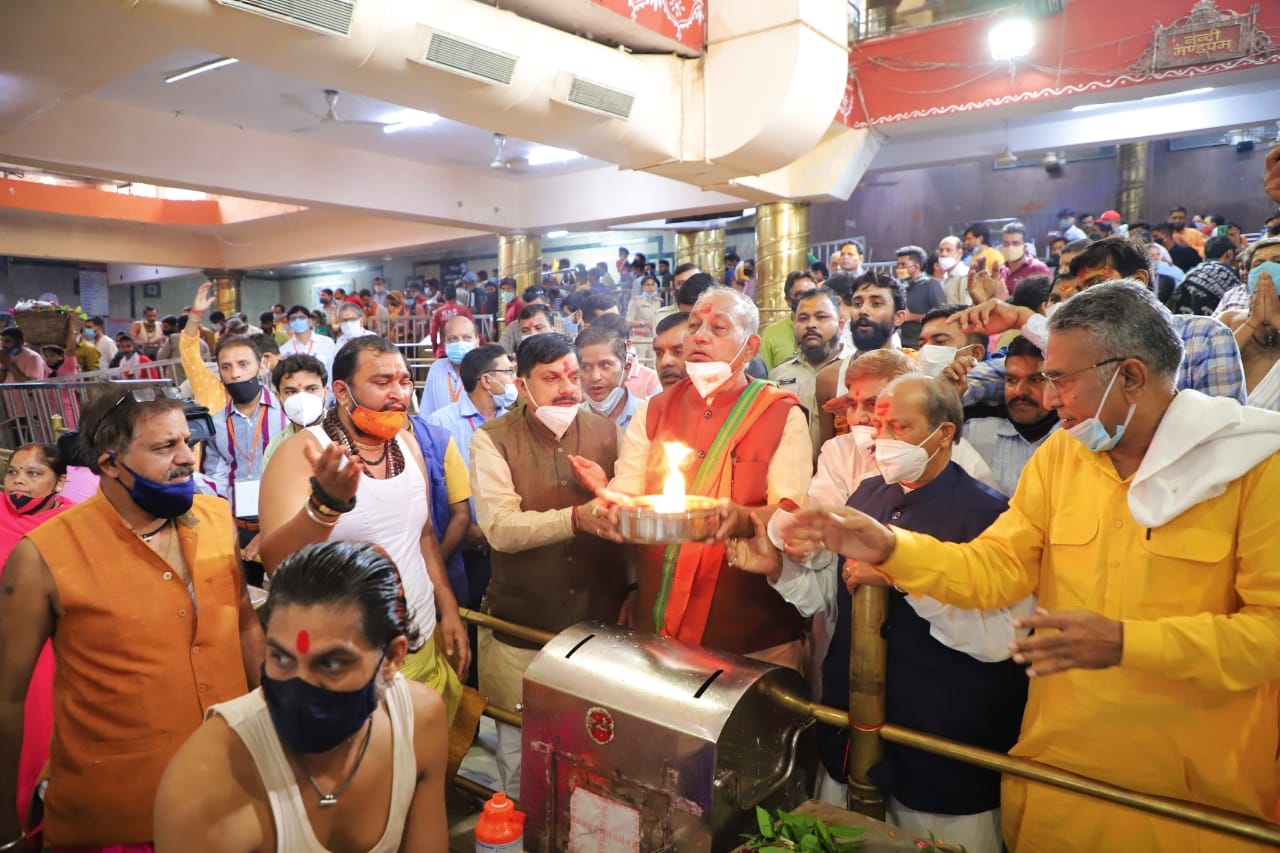 Vidhan Sabha Speaker Girish Gautam performs worship of Mahakal Jyotirlingam from behind the Nandi Hall, in Ujjain, on Monday. | FPJ Speaker has darshan of Lord Mahakaleshwar

Ujjain: Madhya Pradesh Assembly Speaker Girish Gautam had a darshan of Lord Mahakaleshwar on Monday. Gautam reached Ujjain at 8.30 am and went straight to the Mahakal Temple for a darshan. He was accompanied by Cabinet minister Mohan Yadav and MLA Paras Jain. He also performed aarti. After the darshan, the Speaker left for Bhopal.

Former corporator and senior Congress leaders Maya Rajesh Trivedi has said that by not allowing the palanquin of Lord Chandramauleshwar Man Mahesh with his consort Uma Mahesh to be taken out during the third ‘Sawari’, the administration has broken a long tradition and hurt the sentiments of Hindus. She said barricades were created so that no one could reach the venue and policemen were posted on rooftops of the procession route to ensure that no one came out of their houses. She said this was done despite the fact that 50 per cent of the people have been vaccinated. 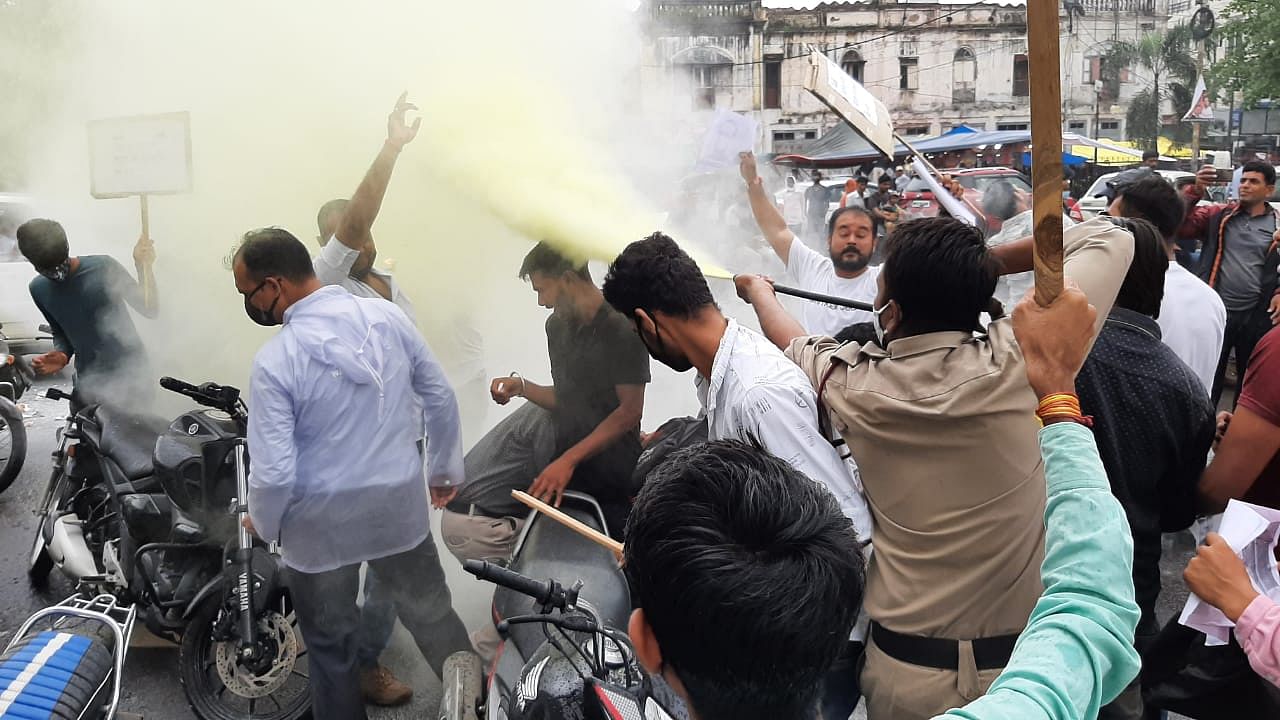