Ujjain (Madhya Pradesh): The land of Binod Mill has been sold without fixing the guideline, due to which the government has lost revenue of crores of rupees. In absence of the guideline being fixed after the sale of the land, the government is getting loss and the colonisers and builders are getting a profit.

Leader of the Opposition and area corporator Ravi Rai objecting to the district registrar and coordinator of the district evaluation committee demanded that the sale order should be stopped immediately for the guideline for disposal of the parcel of Binod Mill’s assets. He said that the intention of the government to sell the land of Binod Mill was almost two years ago, so the guideline had to be increased before the sale, after the sale, increasing the guideline benefited the builder, the coloniser, but the land became expensive for the commoncitizen.

The said land is situated on the Ashok Mandi road, followed by the land of Railway and Hira Mills. Parcel number 1 and 2 of the above land have been sold by the Public Asset Management Department of Madhya Pradesh Government through tender on 19/04/2022, whose tender rate was published at 8789. On July 7, 2022, the land of parcel 01 was sold to Lakshmi Bai Rathore for approximately Rs.13000 per square meter. The land of parcel 02 has been sold to Ashok Kumar Jain at approximately the same rate.

Madhya Pradesh government’s public assets department has incurred a loss of revenue of Rs 135 crore due to sales in the said minimum amount. The said land is situated on Ashok Mandi Marg and its rate should be according to the guidelines of Ashok Mandi Marg. The work of the registration office is to increase the revenue of the government. The government should be informed in this regard that the orders issued for the sale of parcel numbers 01 and 02 should be stopped immediately, Rai said. 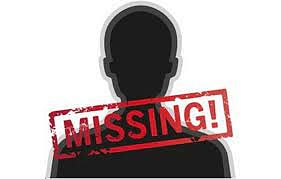