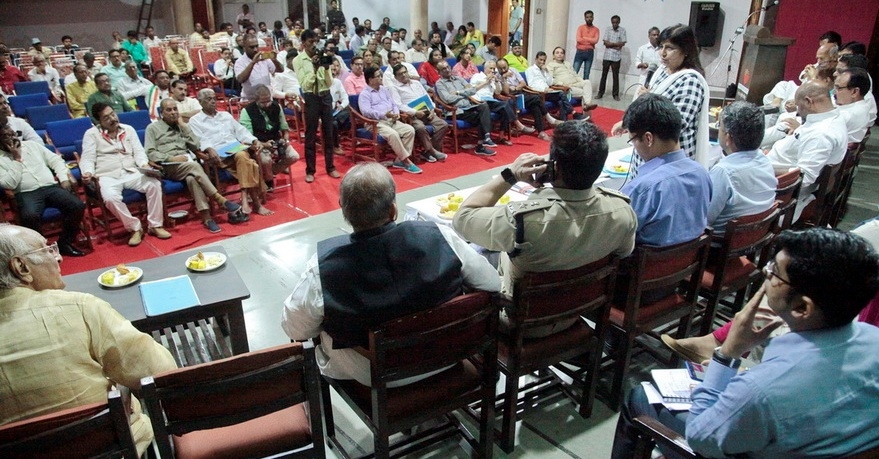 Ujjain: The renowned Akhil Bharatiya Kalidas Samaroh (ABKS) has invited ire of wide spectrum of residents of Ujjain who are anguished over the fact that the legacy of the expo is fast losing its glory and prestige.

At the preparatory meeting convened on Wednesday afternoon at Abhirang Sabhagrih of the Kalidas Sanskrit Academy- not only the stage artists, art critics, litterateurs, academicians and scholars but even the people’s representatives expressed deep concern over the deteriorating status of the Akhil Bharatiya Kalidas Samaroh (ABKS). During a preparatory meeting of this year’s ABKS, most of them got quite vocal on state government’s apathy to host the week-long internationally acclaimed event on scheduled days and to ensure its erstwhile glory. Looking to their grievances, culture minister Vijay Laxmi Sadho assured that sincere efforts would be made to maintain the prestige of the ABKS and it would be hosted on grand level.

It was first meeting of the jumbo local organising committee which has been constituted by the Kamal Nath government. During last five years, the ABKS is not being organised on the scheduled day i.e. from Devprabodhini Ekadashi and was rather deferred to Basant Panchami. Last year, it was cancelled owing to model code of conduct enforced in view of assembly elections. Since 1958 when the state government took over the responsibility of hosting the ABKS, this prestigious event saw bad days during last five years.

In the backdrop of such things and also particularly in absence of a full-time director of Kalidas Sanskrit Academy, the members of the local organising committee became vocal during the maiden 100 minute-long meeting which was convened just a fortnight before the commencement of this year’s ABKS slated from November 8. One day prior to the official commencement of it, Kalash Yatra and Naandi programme will be organised on November 7 so as to invite the localites for the mega event. However, the members were anguished over non-finalisation of the performing artists, different presentations and even the guests of inaugural and valedictory programme.