According to sources, some land mafias sold plots on the land for Setu Nigam.
FP News Service 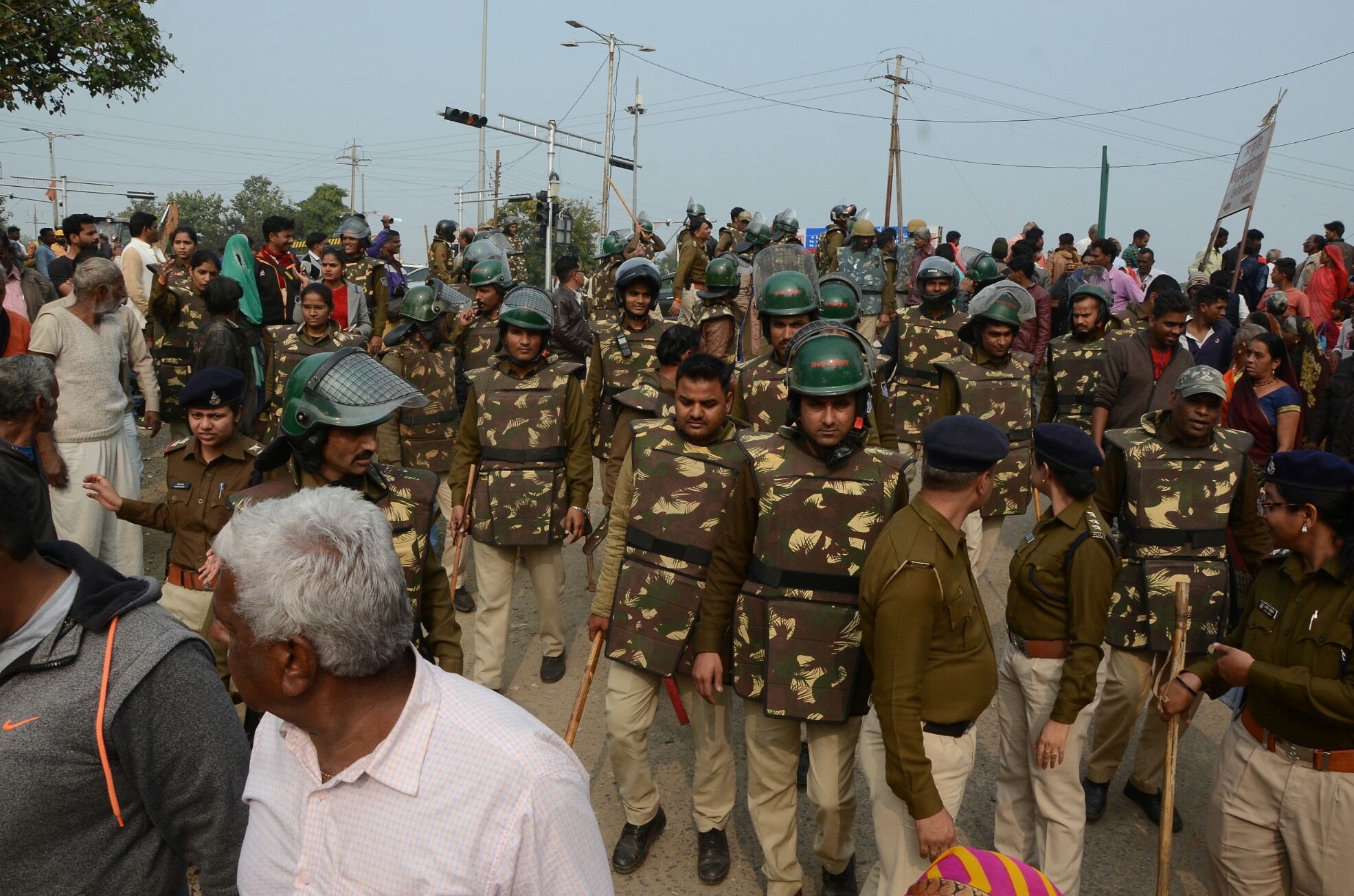 Ujjain: After several twists and turns occurring during last couple of days, the joint teams of local administration, on Wednesday evening, finally launched their much-talked demolition exercise at Moti Nagar located near Prashanti Dham on Indore Road. During the initial hours, the team members had to face the wrath of irate people who not only indulged in heated verbal duels, but also pelted stone in protest against demolition.

The team of Ujjain Municipal Corporation (UMC) coupled with revenue and police staff on Wednesday reached Moti Nagar to remove illegal encroachments built on government’s land, which will be used for construction of a river over-bridge. According to UMC, after the attachment of land mafias sold plots on the land, and encroachers built the houses on it, some of them started commercial shops in the area.

According to sources, some land mafias sold plots on the land for Setu Nigam. As per reports over 100 illegal houses were built on the land, for which the high court issued orders to remove them. According to UMC the court already instructed the encroachers to vacate the land but despite court’s order land was vacated. In afternoon UMC team reached the spot and started action amid the protest of the residents. The SDM also confirmed that action to remove the encroachment had started.

Earlier in the day, Member of Parliament Anil Firozia and corporator Santosh Yadav reached the locality and assured them of alternate living arrangements. In the meantime the Free Press also tried to talk to Nanakheda TI Manish Mishra, but he could not provide details about the damage of police vehicle and action taken against the stone pelters, as he was busy in encroachment removal action.

Residents pelt stones on police vehicles: The irate resident of the area pelted stones on police and UMC vehicles and damaged the JCBs also. The rioters also targeted the team members of UMC. The police drew away the rioters and controlled the situation.

Residents meet local leaders after receiving notices: Residents of ‘Heera Mills Ki Chawl’ area on Wednesday met former MLA and Congress leader Dr Batuk Shankar Joshi, former Member of Parliament Satya Narayan Pawar and AICC member Noori Khan. The residents also handed over memorandum to save their houses which are considered as encroachments by the administration. The residents also demanded to give them ownership right for the land on which they have built their houses. The leaders assured them to talk to Chief Minister Kamal Nath in the matter and come with appropriate solutions.