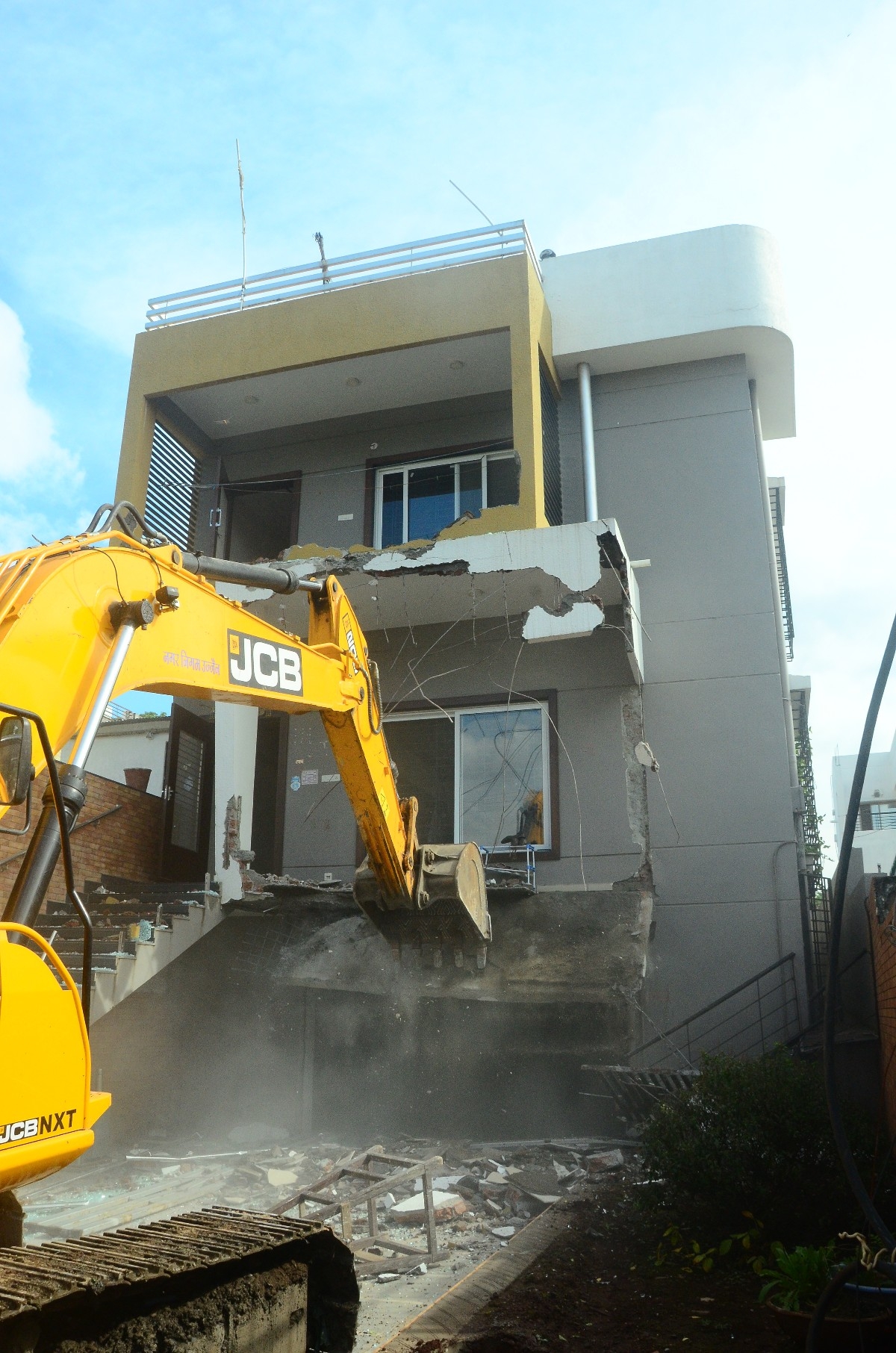 Ujjain (Madhya Pradesh): The home of a coloniser Govardhan who developed a colony in the Simhastha area after 2016, was razed by the local administration on Wednesday.

A team of Ujjain Municipal Corporation razed his three-storey house in Khilchipur naka by giving him two-hour ultimatum.

Assistant commissioner Subodh Jain said that collector Ashish Singh has ordered to take action against the colonisers who have developed colonies in thhe Simhastha area after 2016. When a team of UMC arrived with JCB, Govardhan fled from his house and went somewhere. The team served notices to the family members and asked them to vacate the house in two hours.

The family members managed to take out the goods from the house.