Delhi Heritage: Down by the baoli

A reminder of gentler times —and not to forget superior engineering — the baolis or stepwells of yore continue to fascinate. For author Vikramjit Singh Rooprai, who chronicles the baolis of

Delhi, they are a source of respect and intrigue...

What is it about baolis that fires your imagination and your interest?

- Baolis for me were not a ‘love at first sight’. I was exploring Delhi's monuments for the first time and everything was amusing for me, including the first baoli I saw. It was October 24, 2009. But as I started studying more about them, I realised that they are not just water-pits. So much science is involved in the functioning of a baoli and an entire ecosystem revolved around it.

What fascinating facts about baolis does the world need to know?

- A lot of information is hidden in plain sight; somehow, we do not pay attention. For example, baoli work on the simple principle of sedimentation and also the concept of pressure is well explained. It is surprising to see how all the baoli and wells are connected to the underground fresh water channels. This shows how developed our medieval engineering was.

Did you find yourself wonder-struck at any points during your exploration and study?

- One of the most striking features for me was that most baoli in Delhi are aligned in a particular direction. It took me some time to figure out that they are aligned with the direction in which the sun moves. All baoli are positioned in such a way that the water tank is exposed to direct sunlight for the shortest time. This kept the water cooler and prevented evaporation. Also, at any given point of time during the day, over 50 per cent of a baoli is under shade. This ensures that one side will always remain shaded and even in summers, people can enjoy a cool place to sit. 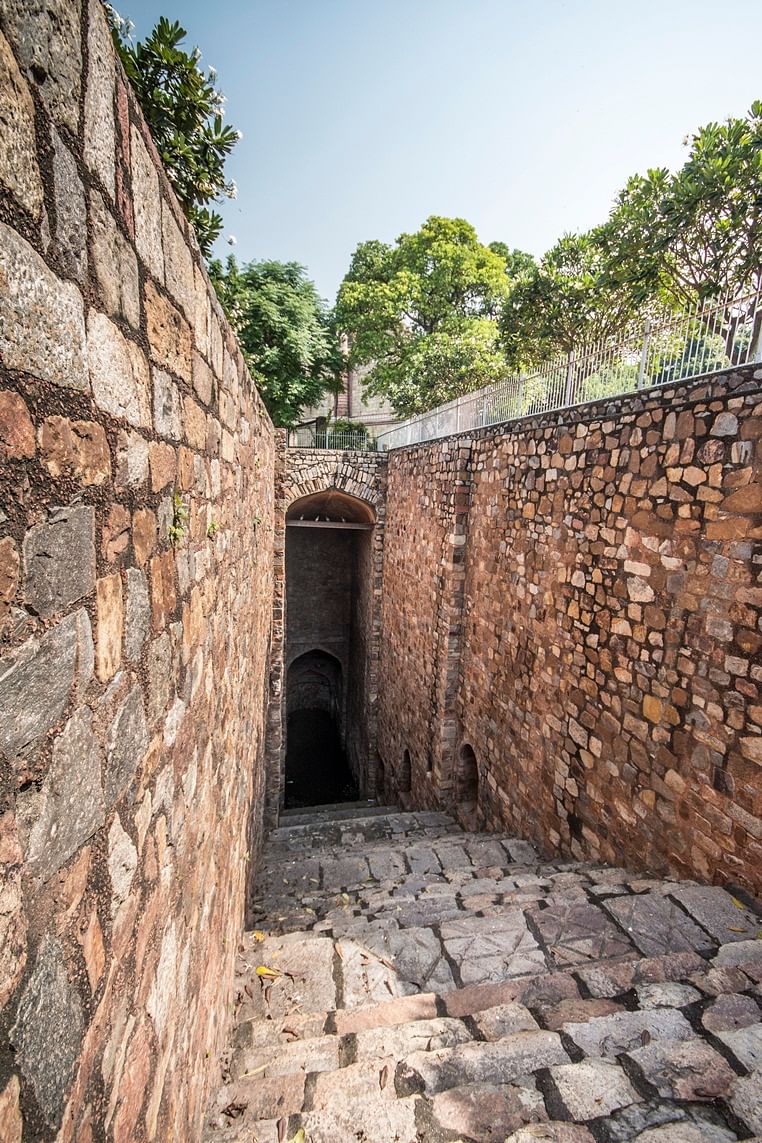 What part do these baolis of yore play in our world of today?

- The fact that all baoli are connected to underground water aquifers makes them so important. If we can recharge them, we can practically replenish the ground water of this city. With my book Delhi Heritage Top 10 Baolis I am trying to bring them to public notice. Hopefully civic bodies can make plans to revive them, or put them to adaptive reuse.

Can you share briefly a fact about each of the baolis you have featured, that makes it a must-visit.

- Each baoli has its own uniqueness.

- Kotla Feroz Shah Baoli — The only circular baoli in Delhi, it is the largest in surface area.

- Red Fort Baoli — A rare L-shaped baoli, with steps descending from two sides. It was a secret underground prison during the last years of the British Raj, where generals of Indian National Army were confined.

- Ridge Baoli — It is inside the Hindu Rao Hospital and has a tunnel connecting Feroz Shah Kotla several kilometres apart.

- Nizamuddin Baoli — A holy baoli attached to the Dargah. It is considered so holy that people believe, its water can never get dirty.

- Ugrasen ki Baoli — The spelling of the name is unique, giving an idea of the dialect used in medieval Delhi.

- Munirka Baoli — While it is called Munirka Baoli, it is in R.K. Puram. The two turrets on its corner have a winding staircase, which is unique to this structure.

- Gandhak ki Baoli — The oldest baoli, which has traces of Sulfur in it. People consider it good for skin diseases.

- Old Fort Baoli — It was just a garbage dump when the British found it. As they started clearing it, they found one of the deepest baolis, and water also returned. Today, it is used to irrigate the lawns of the fort.

- Rajon ki Baoli — A baoli built by the most powerful chief during the Lodhi era, it was used by masons as residence for a long time, thus giving it its name.

- Loharheri Baoli — The only baoli in West Delhi, it is also the smallest of all. It was recently discovered and restored.

- Arab Sarai Baoli — It used to be under a mosque. With time, the building is gone, but the baoli survives. It has been restored recently by AKTC and is in very good shape. It is the least visited structure in the World Heritage Complex of Humayun’s Tomb.

- Baoli of Dargah of Khwaja Kaki, Mehrauli — This is the last baoli built in Delhi. It is hidden under the courtyard and is kept locked but people abuse its open areas as a garbage dump.

HomeTravelDelhi Heritage: Down by the baoli