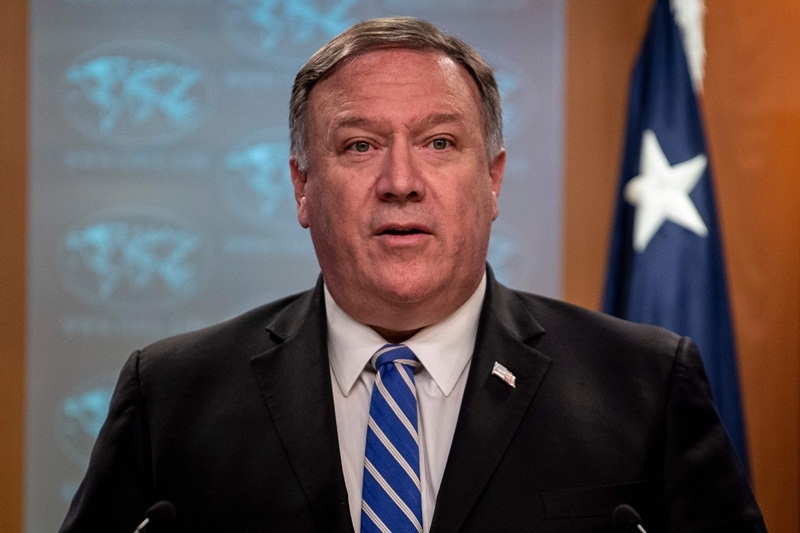 Washington: US Secretary of State Mike Pompeo has said he knew Narendra Modi would be re-elected as India's Prime Minister and was not surprised by his landslide victory in the general election.

Addressing a gathering here on Wednesday, Pompeo said he and his team were following the elections closely and were sure that Prime Minister Modi was a "new kind of leader" for the world's most populous democracy. "Just a few weeks ago, a truly historic election - 600 million Indians voted in the largest exercise of the franchise in history. And they gave Mr Modi a huge mandate," Pompeo said at the 'India Ideas Summit' also attended by Google's Indian-American CEO Sundar Pichai and top corporate executives from India and the US.

"Many observers were surprised by the result, but, frankly, I wasn't. I've been watching closely. My team at the State Department is watching closely. And we knew that the prime minister was a new kind of leader for the world's most populous democracy," he said. In the first back-to-back majority for a single party in over three decades, the Modi-led BJP won 303 out of 542 Lok Sabha seats that went to polls, handing out a crushing defeat to the Congress and many other political opponents.

"Not since 1971 has an Indian Prime Minister been returned to office with a single-party majority, and - to borrow a phrase - he enjoyed an awful lot of winning. He is the son of a tea seller who worked his way up to governing a state for 13 years and now leads one of the world's truly emerging powers," Pompeo said. Prime Minister Modi has made economic development for the poorest Indians a priority and millions who once went without light bulbs now have electricity and millions who lacked cookstoves now have them, the Secretary of State said.

"It's interesting that young Indians constituted one of the prime minister's largest voting blocks, one of his biggest groups of support in this most recent election. I think that tells you something. It tells you something that Indian voters think Prime Minister Modi can and will open up a new, more prosperous future for each of them," he said. Pompeo also praised new External Affairs Minister S Jaishankar, describing him a "great counterpart" who will develop a warmer relationship with America.

"For my part, as the Secretary of State, I know I have a strong partner, a new, great counterpart in Minister Jaishankar - a former Ambassador to the United States that most in this room know so well," he said. "He said back in April in remarks he's ready to cultivate a warmer relationship with America - and he knows that the feeling is mutual. We want to move ahead," he said. Pompeo will travel to India, Sri Lanka, Japan and South Korea from June 24 to 30. His four-nation tour is aimed at deepening the US partnerships in the strategic Indo-Pacific region.