PRAFUL BLAMES IT ON PC 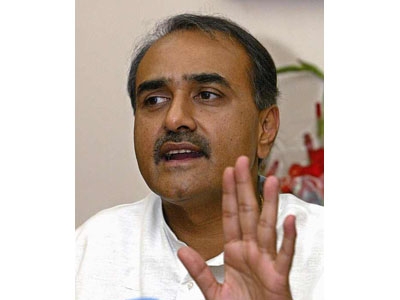 Former civil aviation minister Praful Patel tonight trashed claims made by former Comptroller and Auditor General Vinod Rai that he had nudged Air India to go in for largescale purchase of aircraft.

“I rubbish the claims made by Vinod Rai. A former bureaucrat, Rai should know the rules of business of government. Decisions of such nature can only be taken after clearance of the Project Investment Board and approval of the Union Cabinet,” he said.

The former CAG claimed that all hell broke loose when the draft CAG report reached the ministry and bureaucrats tried to prompt him to drop the word “nudge”.

Refuting the charge, Patel said, “In this case, Air India Board took the decision and it was the Empowered Group of Ministers headed by P Chidambaram which decided on the number of aircraft (to be purchased) and this was approved by the Union Cabinet.”

Patel said Rai should be made aware that he had ceased to be the Civil Aviation Minister in January, 2011 and that the auditor had submitted his report some six months later.

“The question of anyone going to him (Rai) and talking to him or his officers at my behest from the Civil Aviation ministry itself contradicts his claims and I don’t wish to join issue with people like him,” he said.

Speaking to reporters here, he said the erstwhile UPA government had only followed procedures and norms adopted by the previous NDA rule at the Centre in 2G allocationRai’s remarks on the role of Manmohan Singh in 2G and coal blocks allocations is absolutely untenable and unacceptable, he said.

He charged Vinod Rai with indulging in ‘doublespeak’ as he had not made such comments while holding the post of CAG. “It has become a practice on the part of most retired officials and politicians to bring out books and air their views that are contrary to the truth,” Narayanasamy said.

Narayanasamy also alleged that the Narendra Modi headed government at the Centre was only ‘publicity centric’ and that issues affecting the people, including inflation, have not been tackled.