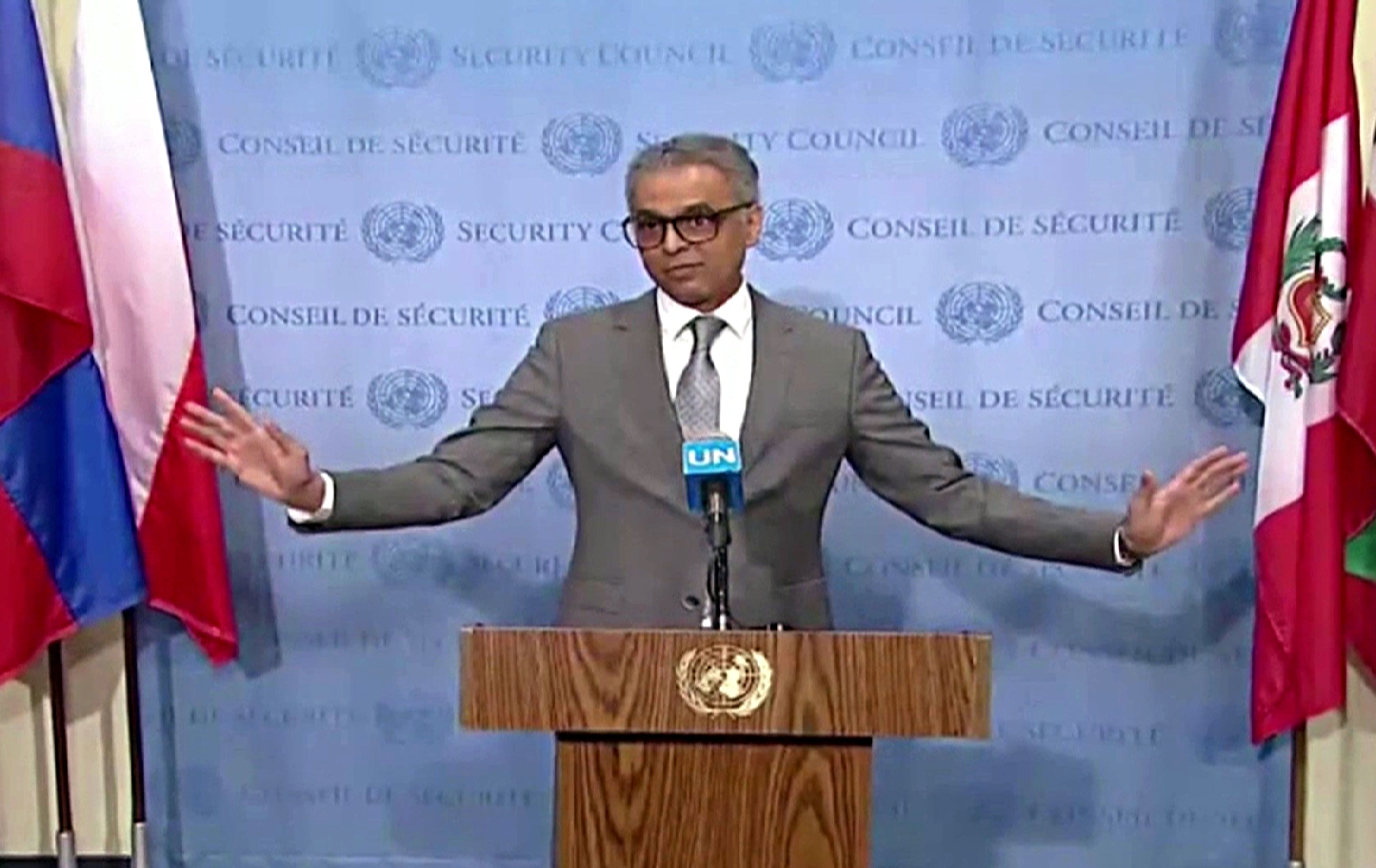 United Nations: The rare closed-door consultations on Kashmir by the Security Council ended without any outcome or statement from the powerful 15-nation UN organ, dealing a huge snub to Pakistan and its all-weather ally China to internationalise the issue, which an overwhelming majority stressed is a bilateral matter between New Delhi and Islamabad.

The informal consultations, requested for by China, lasted over an hour on Friday after which Beijing's Ambassador to the UN Zhang Jun and Pakistan's UN envoy Maleeha Lodhi made remarks to the media at the UN Security Council stakeout one by one. The two left without taking any question from the reporters.

"Pakistan raising Kashmir at the UN doesn't have any traction. This time also it did not get any traction at all. There was no outcome, no statement from Poland, as UNSC President, after the consultations," the sources added.

Majority of the 15 members said there should not be any statement or outcome issued after the consultations and their will prevailed, leaving China to come out and make a statement in its national capacity followed by Pakistan.

India's Permanent Representative to the UN Syed Akbaruddin in his remarks to the media said that he will present New Delhi's national position too "if national statements try to masquerade as the will of the international community," a reference to statements by China and Pakistan.

Further, an "overwhelming" number of Council members maintained that Kashmir is a bilateral issue between India and Pakistan that they need to address themselves, a rebuff to Islamabad's intention to internationalize Kashmir, according to sources privy to the internal discussions.

China, a permanent member with veto, had asked for a meeting in the Council. As per UNSC procedures, Council members can ask to bring up any issue for discussion. "Everybody will ask for something or the other." There will be no record nor any minutes of the closed consultations.

Sources with knowledge of the proceedings said that in its discussions with UNSC members, India was able to break down "piece by piece" each of the arguments. India's approach was that how can a constitutional matter become a threat to peace and security, as claimed by Pakistan in reference to Article 370.

"How does a federal arrangement create an implication for beyond the border," the sources said. Further, India has been repeatedly stressing that it is committed to the Simla Agreement on the issue of Kashmir.

On the issue of gross violation of human rights, sources said, "Pakistan lost that battle also because China is talking about human rights." Sources familiar with the development also said that if Pakistan feels Article 370 is a material change of a situation, "what is CPEC", a reference to the China Pakistan Economic Corridor (CPEC). "How many material changes have they done?"

Sources said that China could have stopped at the first step of calling the meeting "but by trying to get the Council to react to it they overplayed their hand" and by "pushing their hand, they lost everything." African nations in the Council - Cote d'Ivoire and Equatorial Guinea, Dominican Republic, Germany, US, France and Russia supported India, sources said.

A UN diplomatic source said that while France was paying close attention to the situation in the region, for it the priority was "bilateral dialogue" between India and Pakistan, a position shared by the US and Germany. Russia's Deputy Permanent Representative to the UN Dmitry Polyanskiy, before heading into the Security Council Consultations Room, told reporters that Moscow "favours a bilateral track between India and Pakistan."

Indonesia is also concerned by the increasing tension and urges both countries to return to dialogue and diplomacy. A UK Government spokesperson said, "Today the UNSC discussed the situation in Kashmir. We continue to follow the situation closely. Events in Kashmir can have regional and international relevance - we continue to urge calm and caution from all."

Pakistan suffered several setbacks on various fronts in the run up to the closed consultations. It sought an open meeting on the matter, following a letter by Foreign Minister Shah Mahmood Qureshi calling for the Security Council to discuss India's move to revoke the special status to Jammu and Kashmir.

Instead, the Council conducted consultations in an informal, closed format. It is significant that the discussions were not held at the horse-shoe table in the Security Council Chamber, which is a more formal and official format for meetings.

Qureshi had also requested that a representative of the Government of Pakistan be allowed to attend the meeting. That request was also not allowed as the consultations were held only among the 15 Council members.

Closed meetings are not open to the public and no verbatim record of statements is kept. Consultations are informal meetings of the Security Council members and are not covered in the Repertoire.

The Repertoire, mandated by the UN General Assembly, provides comprehensive coverage of the Security Council's interpretation and application of the UN Charter and its own Provisional Rules of Procedure since 1946.