'Inspired by his rich services to nation': PM Modi, others remember Atal Bihari Vajpayee on his birth anniversary 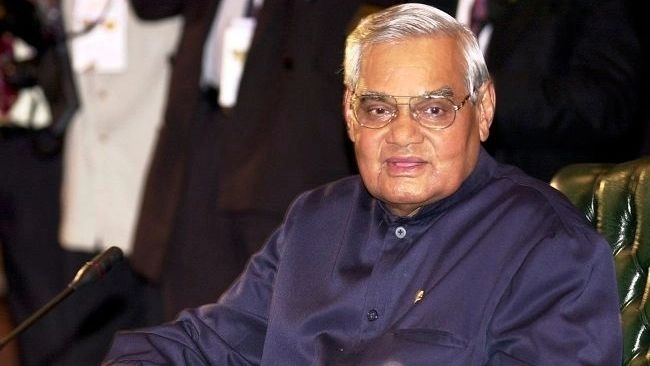 Besides the floral tributes PM Modi and several other BJP leaders also paid their respects to the former Prime Minister of India through social media posts.

Remembering Atal Ji on his Jayanti. We are inspired by his rich service to the nation. He devoted his life towards making India strong and developed.

Koo App
”I have a vision of India: an India Free of Hunger, and Fear, an India Free of Illiteracy and Want” - 𝐴𝑡𝑎𝑙 𝐵𝑖ℎ𝑎𝑟𝑖 𝑉𝑎𝑗𝑝𝑎𝑦𝑒𝑒 Let us come together to pledge to ensure Good Governance with the vision of ’Antyodaya’ on this #GoodGovernanceDay observed in fond memory of India’s Former Prime Minister Shri #AtalBihariVajpayee ji on his birth anniversary.
View attached media content
- Dr Pramod Sawant (@DrPramodPSawant) 25 Dec 2021

Koo App
My humble tributes to former Prime Minister Shri Atal Bihari Vajpayee on his birth anniversary! He was a visionary statesman, a brilliant parliamentarian, a master orator and a great administrator with impeccable integrity. He will always be remembered for his contributions towards nation-building. #AtalBihariVajpayee #GoodGovernanceDay @BJP4Karnataka @nalinkumarkateel @bsbommai
View attached media content
- Dr. Murugesh R Nirani (@murugesh_nirani) 25 Dec 2021

Apart from politics, Vajpayee was a prominent writer and has penned a number of poems. After resigning as the prime minister in 2004, the BJP stalwart retired from active politics owing to his feeble health.

The veteran BJP leader passed away on August 16, 2018, at the All India Institute of Medical Science (AIIMS) in Delhi after a prolonged illness.

December 25 is celebrated as 'Good Governance Day' in honour of Vajpayee.