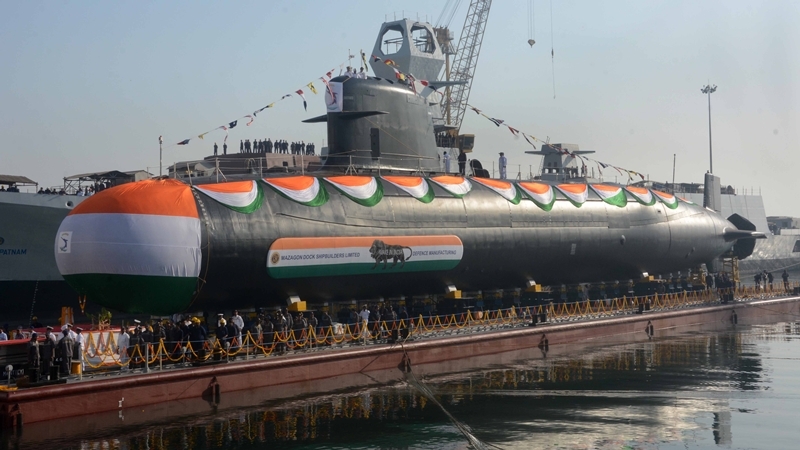 Mumbai: Khanderi - the second of the Scorpene class submarines | Photo by BL SONI

The Indian Navy will soon issue a tender worth around Rs 50,000 crores to build six new advanced conventional submarines with the Defence Ministry clearing a proposal for the same at the Defence Acquisition Council meeting on Friday.

The project named P-75 India has been in the making for a long time now and would be the successor to the Scorpene or Kalvari class submarines being built at the Mazagon Dockyards Limited in partnership with France.

The Navy has identified and cleared MDL and Larsen and Toubro as the strategic partners who can tie up with five global manufacturers including French Naval Group, German TKMS, South Korean Daewoo, Spanish Navantia and Russian Rosoborboexport, they said.

The Indian Navy has two major projects under the strategic partnership policy which had been envisaged to develop the indigenous private sector in defence as major producers. Now, it has also seen public sector firms taking part.

As per the requirements stated by the maritime force, it wants the submarines to be equipped with heavy-duty firepower as it wants the boats to have at least 12 Land Attack Cruise Missiles (LACM) along with Anti-Ship cruise missiles (ASCM).

Sources said that the Navy has also specified that the submarines should also be able to carry and launch 18 heavyweight torpedoes in the sea.

Compared with the Scorpene, the firepower required in the next line of submarines is many times more than what is being put on the Scorpenes which have the heavyweight torpedoes and the Exocet surface to surface missiles as their main weapons.