BJP spells out 5 ‘S’ in India’s relations with Pakistan 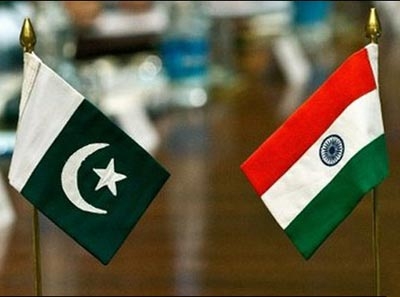 Bengaluru :  India’s first prime minister Pandit Jawaharlal Nehru’s ‘Panchsheel’ was on Friday given a new spin by the by BJP’s ‘Panchamrit’ while dealing with Pakistan.

For the first time, a ruling party has brought an exclusive resolution on Pakistan instead of a composite foreign policy statement. The resolution was adopted at the two-day national executive meeting that began here on Friday.

The BJP asked Pakistan to base its relationship with India on the doctrine of ‘Panchamrit’ or 5 ‘S’ — ‘Samman’ — dignity and honour; ‘Samvad’ — greater engagement and dialogue; ‘Samriddhi’ — shared prosperity; ‘Suraksha’ — regional and global security; and ‘Sanskriti evam Sabhyata’ — cultural and civilisational linkages.   All through the resolution, the party referred to the country as Bharat, not India.

The resolution made it amply clear that the present dispensation in Delhi will not follow the ambivalent policies of the previous Congress government and stressed that the two ‘Ts’ — terror and talks — cannot go together.

The resolution said, “We have laid out a clear policy for building peaceful and friendly relations with Pakistan, predicated on an end to terrorism. There can be no compromise with terrorism. There can’t be any duplicity towards a problem that has become a regional crisis and is fast becoming an international nightmare.

“All outstanding issues with Pakistan can be resolved through bilateral dialogue in an atmosphere free from terror and violence,” it said. It said the national ambition is “Bharat’s rise as a strong and respected world power” for which the government has adopted “Panchamrit”.

The party made a scathing attack on the previous Congress-led Government saying “a cursory glance at the ”lost decade” of the UPA reveals retreat and a loss of direction in engaging with neighbours, ham-handed diplomacy vis-à-vis Pakistan and a blind-spot in our foreign policy to the Indian Ocean island states.”

The policy lauded the Narendra Modi government’s initiatives taken on foreign policy, including the Prime Minister and External Affairs Minister Sushma Swaraj’s continuous engagements with world leaders in the last 10 months.   Modi has pursued “a bold, proactive and innovative foreign policy that is aligned with our government’s primary goal of accelerating national economic development; and to fulfil Bharat’s global responsibilities as the world’s most populous youth nation and largest democracy,” the party said.