Union Home Minister Amit Shah has been focused on carrying on a "zero-tolerance" policy towards terrorism in Jammu and Kashmir with clear instructions to the security establishment to "completely eradicate" terror outfits.
Ronak Mastakar 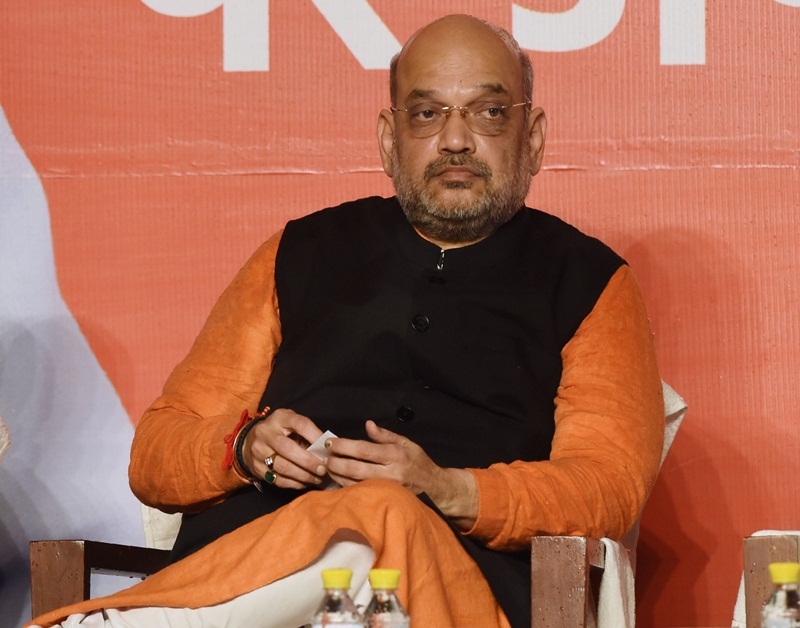 New Delhi: In a series of meetings since assuming charge, Union Home Minister Amit Shah has been focused on carrying on a "zero-tolerance" policy towards terrorism in Jammu and Kashmir with clear instructions to the security establishment to "completely eradicate" terror outfits operating in the state.

Also, the Intelligence Bureau and the Central Reserve Police Force (CRPF) - mandated to provide internal security in Jammu and Kashmir - have been instructed to handle "each input" with utmost care and pass it on to the concerned authorities promptly. “Do whatever is in the interest of the nation' has been the instruction of the new Home Minister in all his meetings since June 1 when he took charge of the ministry," said highly-placed sources.

Shah has so far held more than four meetings on the situation in Jammu and Kashmir. He has also instructed the National Investigation Agency (NIA) to take "harsh action" against separatist leaders who are instrumental in fuelling terror activities in the state and put them behind bars. Noting the decline in terrorist activities and new militant recruits in Jammu and Kashmir due to elimination of as many as 101 terrorists between January 1 and May 31, Shah has given the nod to continue the operations until the last terrorist is not eliminated, the sources said.

On an average, 20 terrorists are being killed by security forces every month in the state. The security forces deputed in Jammu and Kashmir have also been assured of all help from the Centre towards the NDA government's anti-terror policy aimed at providing relief from terrorism to the people of the state. In a detailed internal security meeting earlier this week that was specifically focused on Jammu and Kahsmir, the Home Minister discussed about terrorist organisations active in the state and the number of their members.

The meeting followed a revision in the list of top 10 terrorists operating in the state who need to be eliminated. The list includes wanted terrorists of Jaish-e-Mohammad (JeM), Lashkar-e-Taiba (LeT), Hizbul Mujahideen and Al Badr based on inputs shared with the ministry by the Jammu and Kashmir Police, CRPF and the IB. Six of the top 10 militants named in the list belong to the Hizbul Mujahideen, two from JeM, and one each from LeT and Al Badr.

It is learnt that Shah has directed officials in the Home Ministry and security agencies to continue with the zero-tolerance policy not only in Jammu and Kashmir but also across the country. He has been so far apprised on the situation in Jammu and Kashmir, particularly in border areas by the Jammu and Kashmir Affairs Division which deals with counter-terrorism, the Armed Forces (Special Powers) Act and coordination between ministries, including external affairs and defence.

In addition, the Home Minister further has stated that establishing rule of law and taking action against the high and mighty alleged to be involved in corruption will remain a top priority of his ministry. The Home Minister has given clear instructions to the security forces to not let any criticism affect them and continue with the zero-tolerance policy.

What has still become a major issue of concern for the Home Ministry is the fact that despite these successes, homegrown terrorism is yet to be brought under control. Several youths in Jammu and Kashmir have joined various pro-Pakistan terror outfits in the recent past. The BJP government had last year stopped anti-terror operations during the holy month of Ramzan but terror activities continued in Jammu and Kashmir which claimed the lives of over 10 people in more than 30 attacks.