She has become an internet sensation after her stint in Bigg Boss and continues to win hearts with her Instagram posts.

Recently, the Punjabi actor dropped a new video in which she is seen flaunting her sexy dance moves on Selena Gomez’ Look At Her Now song.

In the now-viral video, Shehnaaz is dressed in a casual black crop top with blue denim. The actor-singer has completed her look with earrings that read, 'Boss'.

As soon as she posted the video, fans and followers showered her with praise.

Earlier, Shehnaaz shared a Reel in which she can be seen grooving on Justin Bieber’s popular track Intentions. In another video, she is seen grooving to Selena Gomez’s Baila Conmigo.

Shehnaaz keeps experimenting with her fashion statements. She has been regularly updating her followers about her whereabouts. From sharing stunning selfies and videos to jaw-dropping photos, Shehnaaz's social media posts are indeed a treat to her followers.

Also starring Sonam Bajwa, the film marks the debut of Dosanjh as a producer. The team wrapped up the film’s shoot last month.

Shehnaaz was last seen in a music video Fly with Badshah that was shot in Kashmir. 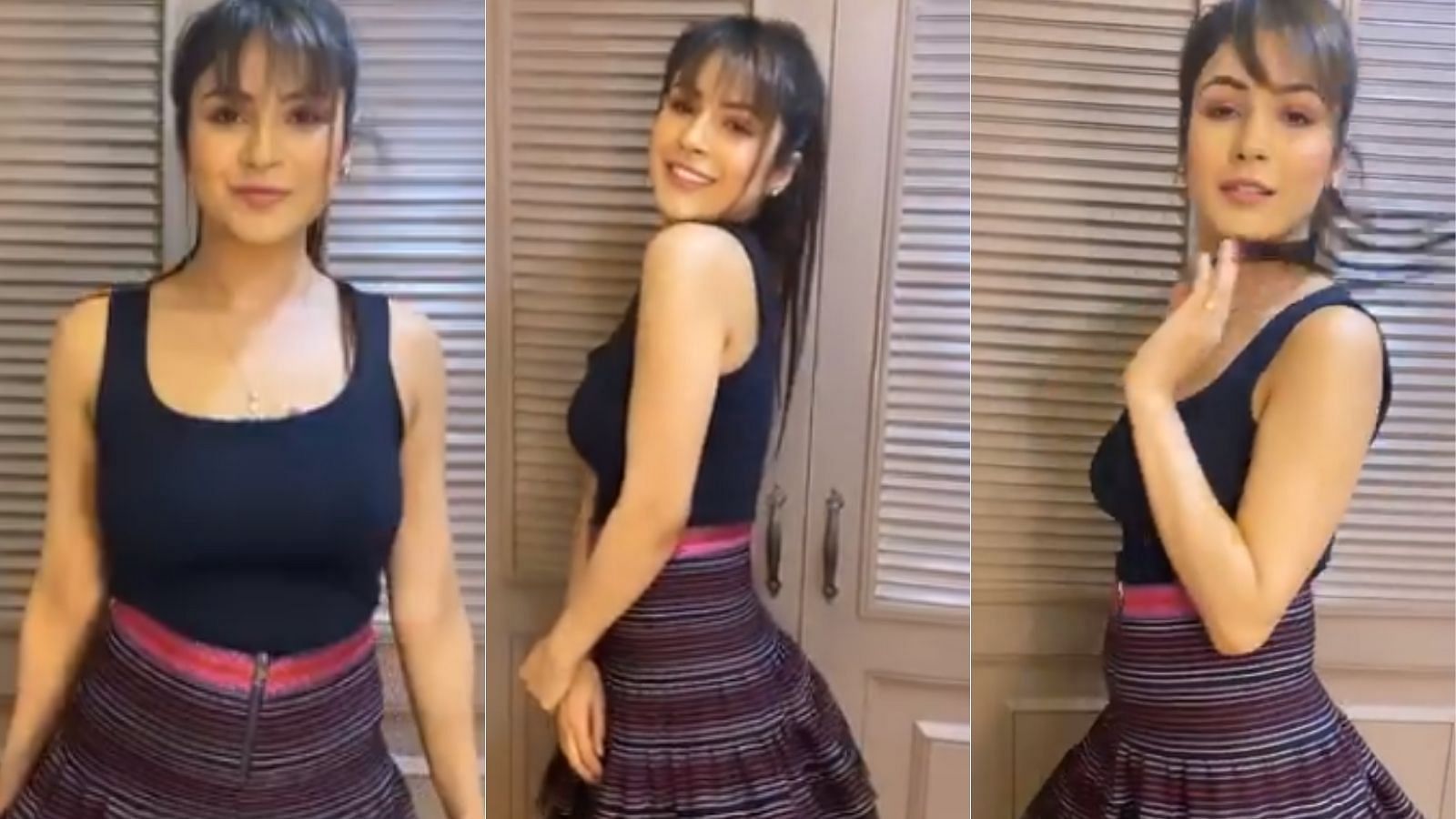