Urfi Javed REACTS to reports of her wearing a 'transparent bra'; asks netizen if she 'charges a lot' to 'show her assets'

Actress and 'Bigg Boss OTT' fame Urfi Javed is known for her out-of-the-box sartorial choices, but these outfits are often not well-received by the netizens.

The actress, who is often on the receiving end of criticism, hit back at reports recently which claimed that she had worn a 'transparent bra' in her latest photos.

Urfi took to her Instagram handle on Tuesday to share pictures of herself in a powder blue braletter and matching pants. "An apple a day will keep anyone away if you throw if hard enough!" she captioned her post.

However, netizens slammed her in the comments section for showing off her body in the outfit, but the actress wasn't in a mood to ignore them. To a user who called her cheap, Urfi replied, "So you mean to say YOU charge a lot to show your assets in private to people that's why you cover them online? Ummm that's called prostitution! Not that it's wrong but your point here was not clear." 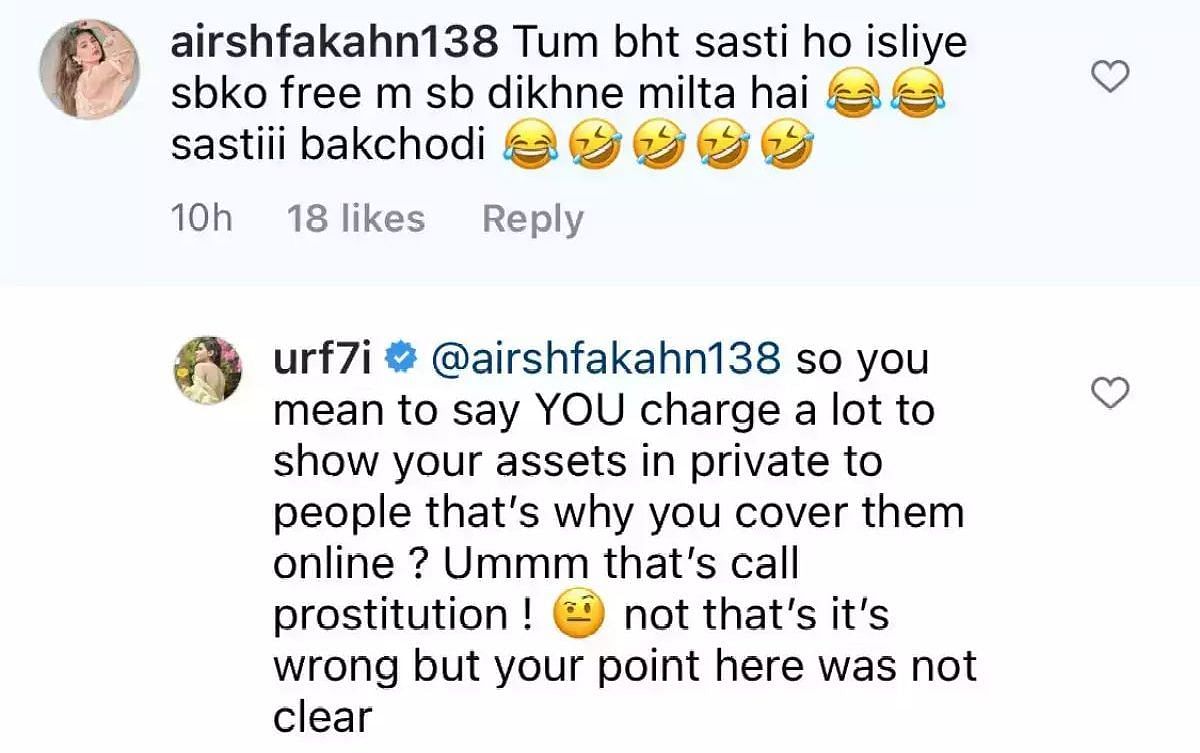 She also came down heavily on a news report which termed her outfit as a 'transparent bralette'. She wrote, "I'm wearing a skin coloured bra, it's not transparent! Also, I'm always wearing nip covers so if you can see my nips, then the drugs you're taking are making you hallucinate in a very perverted way!" 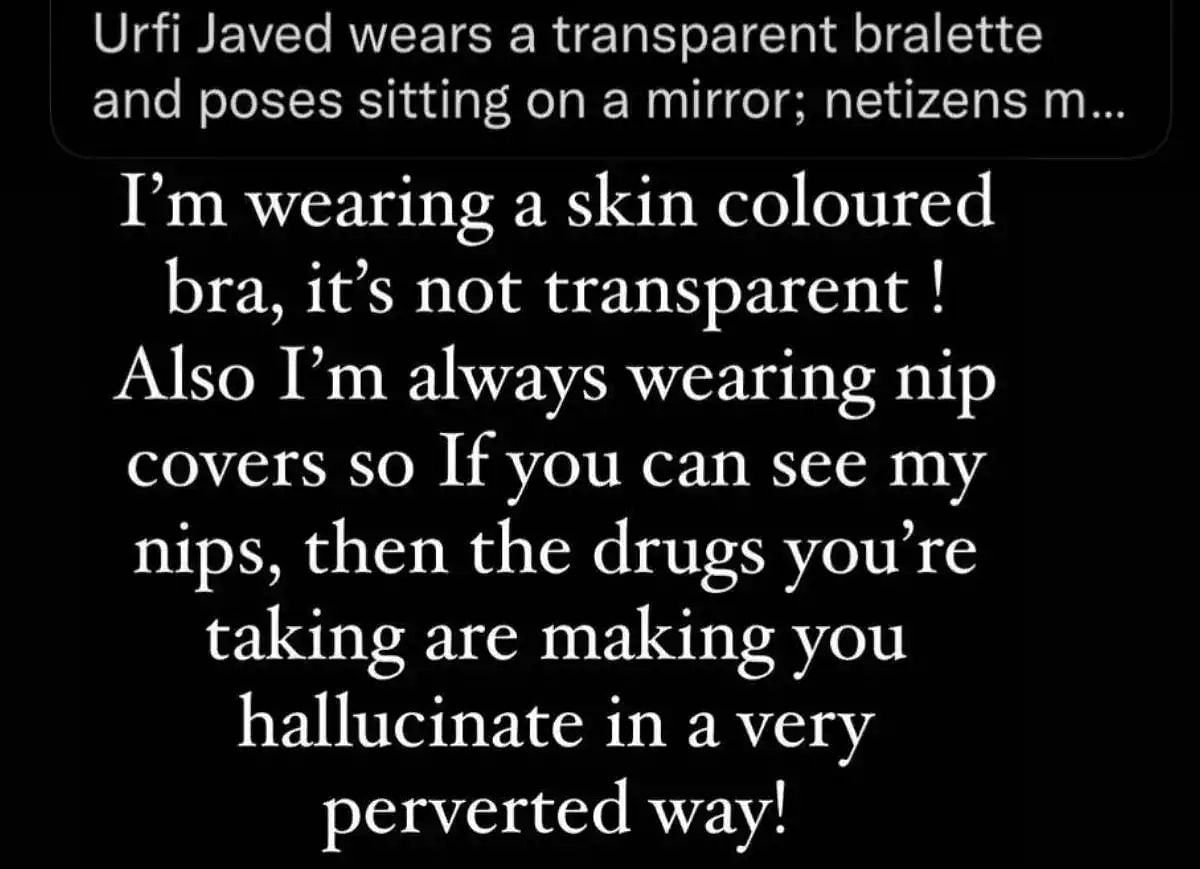 In several interviews, Urfi has claimed that she can revamp any piece of cloth she gets her hands on. HomeEntertainmentTelevisionUrfi Javed REACTS to reports of her wearing a 'transparent bra'; asks netizen if she 'charges a lot' to 'show her assets'