Tejasswi is currently playing the lead in 'Naagin 6'.

Tejasswi Prakash and Karan Kundrra have been setting relationship goals ever since they stepped out together from the 'Bigg Boss 15' house.

The couple has always been in the news for their romantic gestures for each other and their PDA, and now, they have given one more reason to their fans to rejoice and cheer for their beloved 'TejRan'.

Karan recently took to his Instagram handle to share a bunch of photos with his ladylove. Not just that, but he also penned a heartfelt note for her. "And in the middle of my chaos there was you..! the kinda bond nobody but US would understand!" he wrote.

In one of the pictures, he can be seen planting a kiss on Tejasswi's cheek, while in another, she can be seen hugging her boyfriend in complete bliss.

As soon as Karan posted the photos, fans of the couple bombarded the comments section with blessings and good wishes for them. While some called them 'made for each other', others tagged them as the 'best couple ever'. 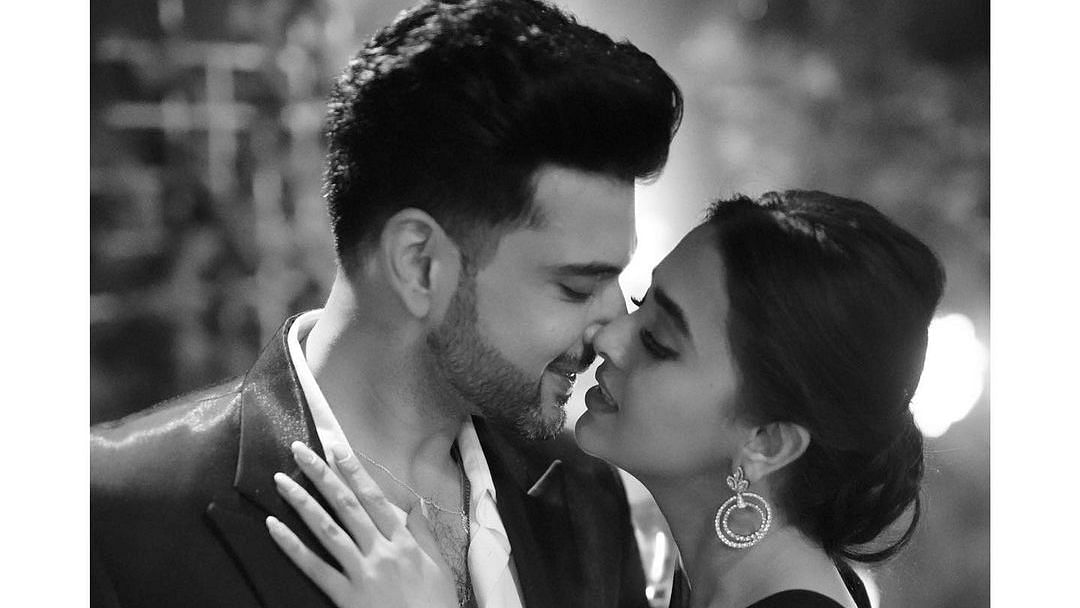 For the unversed, Karan and Tejasswi met inside the 'Bigg Boss 15' house, and the former was the first one to admit that he has a crush on the actress. During their journey from the first day of the show to the grand finale, the couple went on from becoming just co-contestants to friends to lovers.

On the work front, Tejasswi and Karan were seen together in their intense music video titled 'Rula Deti Hai', post 'Bigg Boss 15'.

Tejasswi is currently seen playing the role of a shape-shifting snake in Ektaa Kapoor's 'Naagin 6'. Karan, on the other hand, has turned host for the dance reality show 'Dance Deewani Juniors'.