'Nisha has been lying': Karan Mehra denies wife's allegations, says son is 'not safe with' her

After being accused of domestic violence and abuse by his wife Nisha Rawal, actor Karan Mehra has reacted to the allegations. According to him, he is being framed by Nisha and feels his son Kavish "is not safe" with her.

'Nisha has been lying': Karan Mehra denies wife's allegations, says son is 'not safe with' her |

After being accused of domestic violence and abuse by his wife Nisha Rawal, actor Karan Mehra has reacted to the allegations. According to him, he is being framed by Nisha and feels his son Kavish "is not safe" with her.

Karan even got arrested on Monday night for allegedly assaulting Nisha. However, he was released on bail after a few hours. For the unversed, Nisha allegedly stated that Karan pushed her against a wall, and hurt her head.

Denying such allegations, Karan told ANI, "Nisha has been lying. I have never tried to harm her in any way. Speaking of the domestic violence incident, it is a big lie. In fact, she barged into my bedroom while I was talking to my mother over the phone. All of a sudden she started abusing me and my family. She even spat on me. When I told her not to spit, she said, 'ab dekho kya hota' ( now see what happens), and the very next second she banged her head on a wall." "She came out of the room and told her brother, Rohit, that I hit her. Seeing blood on Nisha's face, Rohit became angry and slapped me," Karan added. 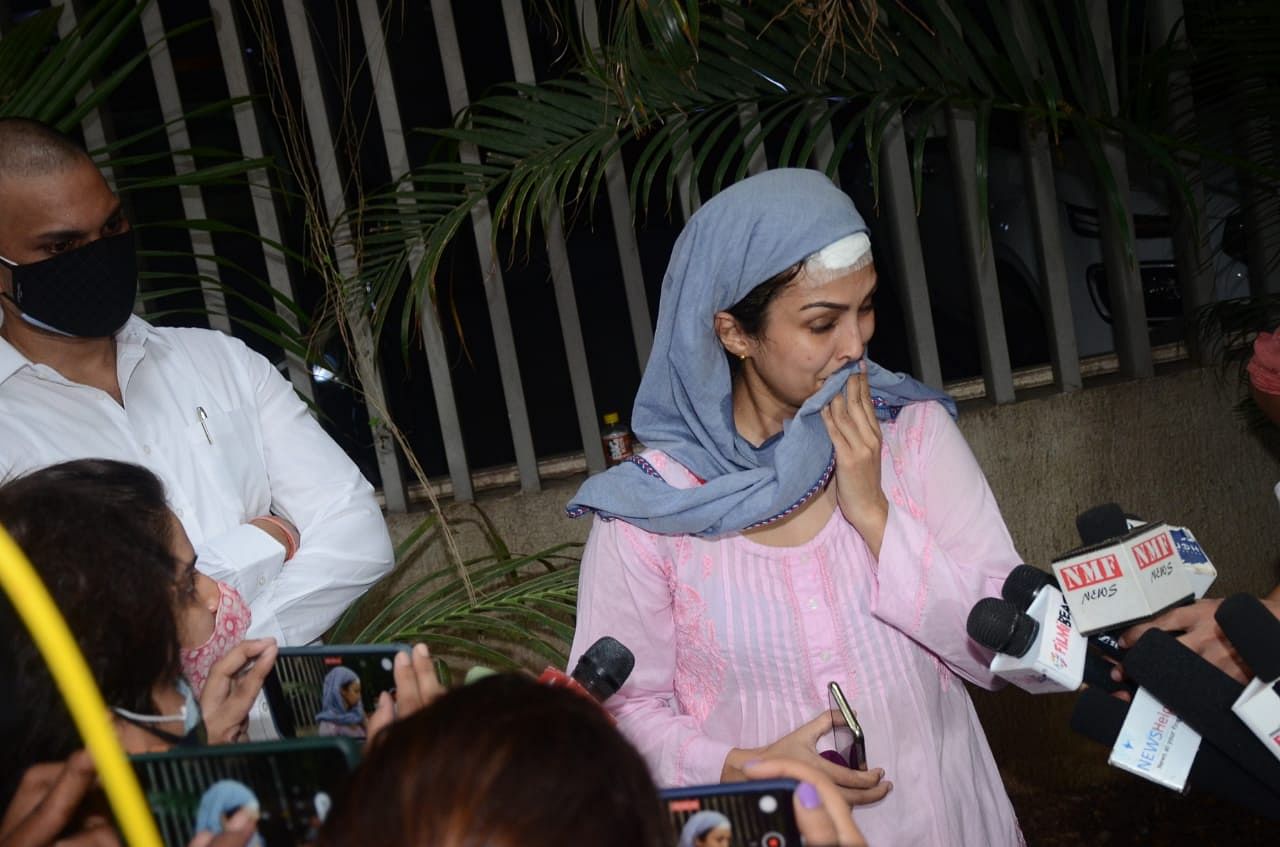 The shutdown of CCTV cameras made Karan realise how Nisha and her brother were involved in faking the domestic violence incident.

"I tried to stop Rohit from hitting me. I started defending myself. I asked him to watch the footage of the cameras which are installed at our home. When I checked the cameras, they were already turned off. Nisha and her brother then immediately started recording all the videos of the injury she got after banging her head on the wall," he added.

The news about trouble in Karan and Nisha's married life has undoubtedly left everyone shocked. Speaking more about his relationship with Nisha, Karan revealed that the two have not been on good terms with each other for nearly three years, and in March 2021 they decided to part ways. The couple has a son named Kavish. "We were going through a bad relationship. We were not happy living with each other so we decided to mutually separate from each other. I also thought it's better for our son nothing is more important than peace. But the alimony that she asked was quite high and I disagreed to pay that heavy amount to her. All this led to heated arguments and continuous fights," he explained.

Karan also raised concern about his child amid the ongoing controversy.

"I feel my son is not safe with Nisha anymore. Earlier I happily decided to let Kavish live with Nisha but now I really don't know. I don't want my child to get affected. I am really worried about him. It's heartbreaking to see whatever is happening," Karan said.

Karan and Nisha got married in 2012. Karan rose to fame with his performance as the main lead Naitik Singhania in the Star Plus soap opera 'Yeh Rishta Kya Kehlata Hai', one of the most longest-running Indian TV serials. It also starred actor Hina Khan in the lead. HomeEntertainmentTelevision'Nisha has been lying': Karan Mehra denies wife's allegations, says son is 'not safe with' her