KBC 11 inches closer to finale, here's why it was better than previous seasons

Sony Entertainment Television’s iconic show, Kaun Banega Crorepati, in it’s 11th season has enthralled the audience like never before. This season saw the best of contestants, the best of Karamveers and a whole lot of interesting and informative questions. As the show inches towards its season finale, here is a quick recap of moments that took the country by surprise and awe!

This is the only season so far to celebrate not one, not two but four Crorepatis! From Sanoj Raj to Babita Tade (Khichadi Kaku) to Gautam Kumar Jha and the very recent Ajeet Kumar, they not only stole the show but went on to inspire millions with their stories of commitment and determination.

If you thought winning is the only motive with which contestants come to the Hot Seat, this season saw a whole different side to it altogether!

Take for example 29 year old Noopur Chauhan from UP whose right side of the body is paralyzed but she stands tall with her head held high. She used KBC as a platform to make people understand that being disabled, she is not expecting pity from people but appreciation and acceptance. Kudos to her and her spirit!

On the other hand, there was Balaji Mane from Latur who does the job of mounting digital banner & flex pasting. His job involves a lots of risks as they have to climb a certain height (sometimes 30 feet) to put up the banners in poles, walls or billboards without any kind of safety gear. What he taught us was to face your fears… once you face them, they will look like small hurdles for your to cross over. The tag line of KBC this year – Kab Tak Rokoge is what inspired this man, earning Rs. 8000/month to reach the Hot Seat.

19-year-old Himanshu Dhuria from Punjab a trainee student commercial pilot displayed his inherent gratitude towards family because of whose sacrifices, he is able to pursue his dreams. At 19, this determined young man wants to work hard towards repaying the his father’s debt, pay his own fees, start working as a full-fledged pilot and make his father retire so that his family can stay together.

Arpita Yadav from Jaipur is an inspiring, feisty and a headstrong woman with fighter spirit. Having a special child with multiple disabilities, her only agenda in life is to spread awareness about special learning disabilities and used the platform beautifully!

There have been many such wonderful contestants who have graced the show and took the show to greater heights with their gameplay!

KBC is one show where not only the contestants, but real-life heroes who are working very hard towards building a better society are felicitated as Karamveers. Each Friday, since the show went on-air, the audience were introduced to some of the most inspiring individuals like Sindhutai Sapkal, Navin Guliya, Ruma Devi, Amla Ruia, Sunita Krishnan, Bindeshwar Pathak, Deepa Mallika & Manasi Joshi, Brijmohan Bharadwaj, Dutee Chand & Hima Das, Shyam Sunder Paliwal, Achyuta Nanda Samanta and Purnota Dutta Bahl. Accompanying these Karamveer were Champions - Randeep Hooda, Sakshi Tanwar, Tapsee Pannu and Emraan Hashmi. And Last but not the least, the Grand Finale episode of KBC – season 11 will be graced by none other than Sudha Murthy.

On the occasion of Mr. Amitabh Bachchan’s 77th Birthday, the legendary actor was presented with a musical surprise on the set of Kaun Banega Crorepati – Season 11. Musical maestro Ustaad Amjad Ali Khan along with his sons Amaan and Ayaan Ali Khan unveiled a special rendition – Raag Harivansh Kalyaan especially for Mr. Bachchan. This Raag was specially made in the loving memory of Shri Harivansh Rai Bachchan and performed for Mr Bachchan as a Birthday gift which a moist eyed Amitabh Bachchan enjoyed and appreciated.

Behind the scenes of KBC

The show is beautifully directed by Arun Sheshkumar, run by Sujata Sanghamitra, written by RD Tailang and consulted by Siddhartha Basu. Big B’s creative tie knots and brooches by Priya Patil, which caught the eyes of contestants and experts alike, took the style statement of the show a notch higher. This season, Mr Bachchan introduced his new friend - buggy cam, which not only provided beautiful shots, but was also named AB Baby by the host himself.

To sum it up, KBC is not just a show but a ray of hope and inspiration for millions. As the season comes to end, the last week will see the Play Along participants trying their luck at the Hot Seat enthralling Mr Bachchan and the rest of audience with their stories of struggle and motivation! 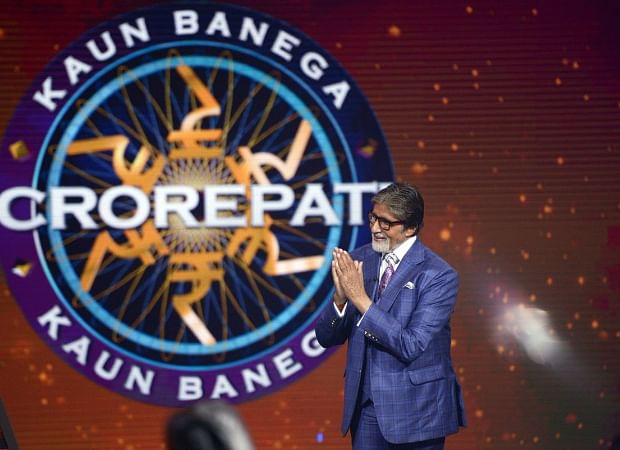 HomeEntertainmentTelevisionKBC 11 inches closer to finale, here's why it was better than previous seasons