Bharti's old video with her good friend and 'Bigg Boss 14' contestant Jasmin Bhasin has landed her in trouble.

In the video, she jokes about the advantages of having 'daadi mooch' (beard and moustache). Bharti says when you drink milk and put beard in your mouth, it tastes like sewaiyan. She also talks about men having lice in their beards.

As soon as the video went viral, netizens and people from the Sikh community slammed Bharti for disrespecting their beard and moustache. On Monday, Bharti posted a new video and clarified that her intentions were not to hurt any community. She said she has received the viral video from many people and requested everyone to not misjudge what she said.

"There's a video that's been going viral from the last 3 to 4 days claiming that I have made fun of 'daadi mooch'. I have seen the video repeatedly and request people to watch it too as I have not said anything against any religion or caste. I didn't mock any Punjabi or what problems happen when you keep 'daadi mooch'," Bharti said in the video.

She added, "I was doing comedy with my friend but if it has hurt the sentiments of people, I apologise with folded hands. I am a Punjabi myself, I was born in Amritsar and I'd always respect it. I am a proud Punjabi, too."

Bharti welcomed a baby boy with her husband Haarsh Limbachiyaa in April 2022. Bharti and Haarsh met and fell in love on the sets of 'Comedy Circus'. They got married in 2017 after being in a relationship for seven years.

Read Also
'I pray no one insults you in your old age': Amitabh Bachchan REACTS as netizens troll him for... 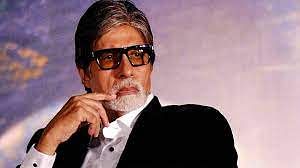