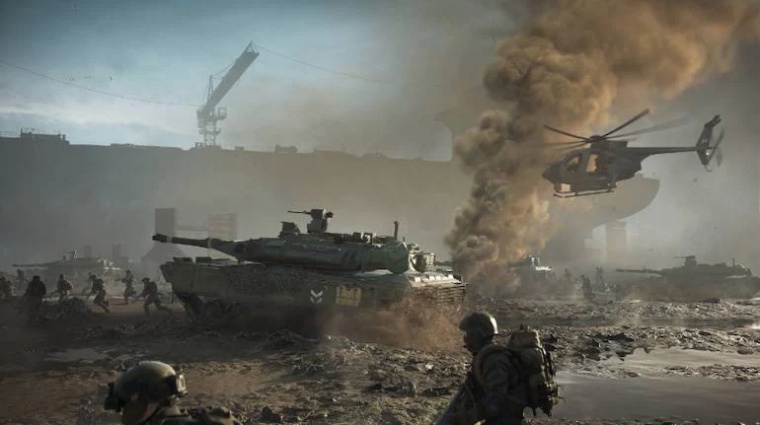 Electronic Arts Inc. - prominently known as EA , after three years long wait has finally revealed the launch date of the next game in the Battlefield franchise. Battlefield 2042 will be released on October 22, 2021 on all major gaming platforms including PS5, PS4, PC, Xbox One, Xbox Series X, and Series S.

Giving a glimpse into the much anticipated game, the gaming company giant dropped an official trailer today. The launch date of Batllefield 2042 was announced in the trailer.

Compared to the previous version, Batllefield V will feature a more modern setting with everything from drones to robots. Ahead of Battlefield 2042's launch, EA has also revealed the price of the game.

Similarly like PS4, there is no gold and ultimate edition applicable so the standard edition will cost at Rs 4,499.

The price for Battlefield 2042 on the Xbox One will likely be the same as the PlayStation 4. Additionally, the Gold and Ultimate Edition pricing on the Xbox Series X/S will be the same as that on the PS5. The reason for the difference in pricing between the PS4 and PS5 versions of the game is because the former will have a few limitations due to the older hardware.

EA Dice’s first-person shooter is set to ‘revolutionize’ the modern multiplayer sandbox with a new mode that supports up to 128 players. Note down that this mode will only be available for PC, PS5, and Xbox Series X/S consoles. The player count will max out at 64 for Xbox One and PS4 players. The game will also feature three new modes – All-Out Warfare, Hazard Zone, and one that is yet to be announced.

Besides, EA has also confirmed a Battle Pass system with both free and premium tiers, with a total of four coming in the first year. The company hasn’t provided any details about a battle royale mode or confirmed cross-play support for the game yet. Additionally, EA Play subscribers will receive a 10% discount on the game.