Apple has announced that its analytics platform for musicians, called "Apple Music for Artists", is out of beta and available for all
IANS 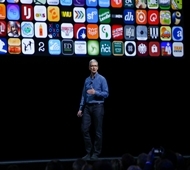 There are a ton of insights that the feature would help artistes keep a check on -- city-level penetration of their music in over 100 countries along with data about streams and sales which can be viewed in lists or on a visual heat map.

Artistes would be able to view basic demographics about their listeners like age, gender and cities where their songs are being played. Metric reviewing options like music video views, daily listeners and detailed information about playlists to which an artist's songs have been added to and their positions on those playlists would also be available, the report said. However, because of Apple's strict privacy policies, users cannot cross-reference two sets of data. In addition to all of this, artistes would be able to see their Shazam data that would include the top shazamed cities and countries.Shazam, acquired by Apple, is an app that lets users identify songs playing near them.