Most hackers initiate cyber attacks only to be challenged: Survey

The survey data acquired by Finbold.com revealed that making money accounts for the second-highest reason for hacking (53 per cent) while learning tips and techniques accounts for 51 per cent of hackers.
IANS 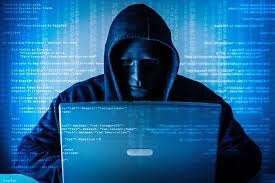 New Delhi: An interesting survey has revealed that most of the hackers (68 per cent) initiate cyber attacks in order to get challenged by the fellow hacker community, with 71 per cent opting for infecting websites.

The survey data acquired by Finbold.com revealed that making money accounts for the second-highest reason for hacking (53 per cent) while learning tips and techniques accounts for 51 per cent of hackers.

Additionally, 44 per cent of hackers aim to advance their careers as another reason for hacking. "APIs account for about 7 per cent, followed by Android mobile at 4 per cent. Firmware accounts for the least platform at 1 per cent," the survey noted.

"Hackers are becoming more innovative with the mentioned techniques and the emergence of new technology has offered them a perfect playing field. Most hackers are leveraging on consumers' lack of knowledge on how the new technologies work," the findings showed.

Hackers have reportedly used Artificial Intelligence to outsmart existing cybersecurity systems. "Moving into the future, there will be an increase in the demand for security skills as hackers continue to evolve".

The survey featured over 3,150 respondents from over 120 countries. The hackers have all successfully reported on or more valid security vulnerabilities on HackerOne, a security testing and bug bounty platform.