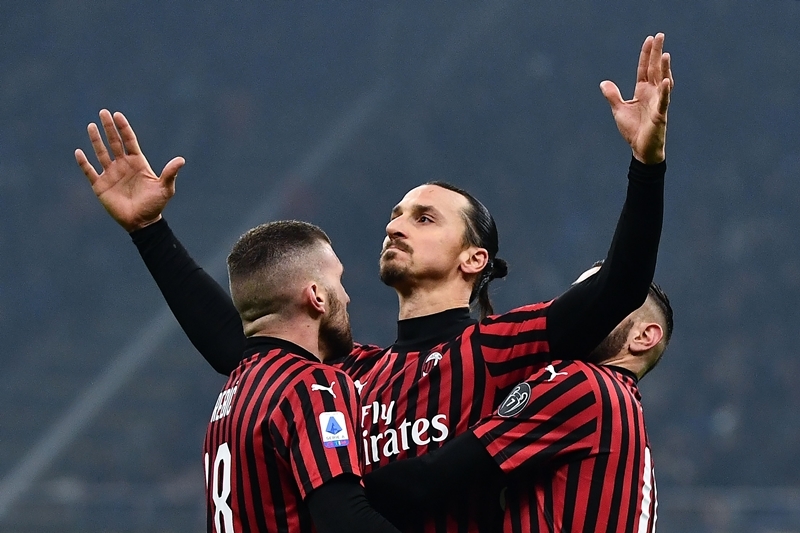 Zlatan Ibrahimovic hinted at a possible contract extension with his current club AC Milan after the Swedish striker completed 100 games in Rossoneri colours. Ibrahimovic 'hopes' to play many more games for the Italian giant.

AC Milan legend Paolo Maldini handed a memento to Ibrahimovic following his 100th appearance. In a video uploaded on Milan's Twitter account, he said, "Thank you all for your congratulatory messages for my 100th appearance in Rossoneri colours."

"It's a great honour to play for AC Milan and I hope to play many more games."

The former Sweden striker also joked with his teammates in his own inimitable style and said: "Thank you to my teammates I couldn't have done it without you all. Thankfully I have no competitors."

Ibrahimovic's future has been in the air for quite some time now as his contract ends at the end of this season. Earlier, he had said that his days in Milan are likely over since the club is not performing at the level he would have liked them to.

"They told me that retiring in America was too easy, so I came back to Milan. I am here purely for passion, because I'm basically playing for free...Then the COVID-19 situation stopped everything and I thought, maybe there's something trying to tell me that I should retire," Ibrahimovic had said last month.

"We'll see how I feel in two months. We'll also see what's happening with the club. If this is the situation, to be honest, it's unlikely you'll see me at Milan next season."