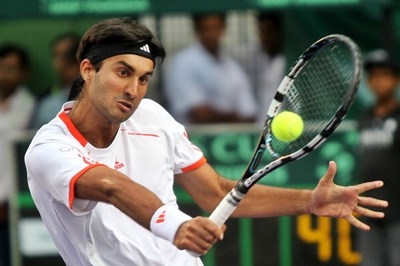 Yuki recorded the second biggest singles win of his career as he downed the top seed 7-6 (2) 6-0 in the semi-final of the USD 125,000 hard-court tournament. The victory has already assured Yuki 75 points and if he manages to get one more win that will fetch him 125 points, which is likely to push him to top-100 bracket. Having lost to the same player last week in New Delhi, in the do-or-die fourth rubber in the World Group Play-off tie clash, Yuki sort of redeemed himself and reached the final of a Challenger tournament for the fourth time this season.

It is Yuki’s only fifth win over a top-100 player and second over a top-50 player. His biggest win was over Italy’s world number 16 Fabio Fognini, last year at the Chennai Open. He has beaten three more top-100 players — Pablo Carreno Busta (64), Jack Sock (88) and Tobias Kamke (88) before. Yuki saved all four break chances he faced in the first set and converted all three in the second in the one hour 23 minutes contest. “I served well which was important as I barely had a look in his service games. I played a very good tie-break. Once I got the first break in the second set, I think he started to tire out, which made it easier to close out the match,”Yuki said after his win.

“Having played in Delhi, I have got an idea about his game. So I knew that I had a shot at winning, if I stayed solid and stayed with him, which is exactly what happened,” he said. He next faces second seed Korean Hyeon Chung, world number 75. Meanwhile, Indian pair of Somdev Devvarman and Jeevan Nedunchezhiyan lost the doubles semi-final against local team of Cheng-Peng Hsieh and Tsung-Hua Yang 2-6 3-6.