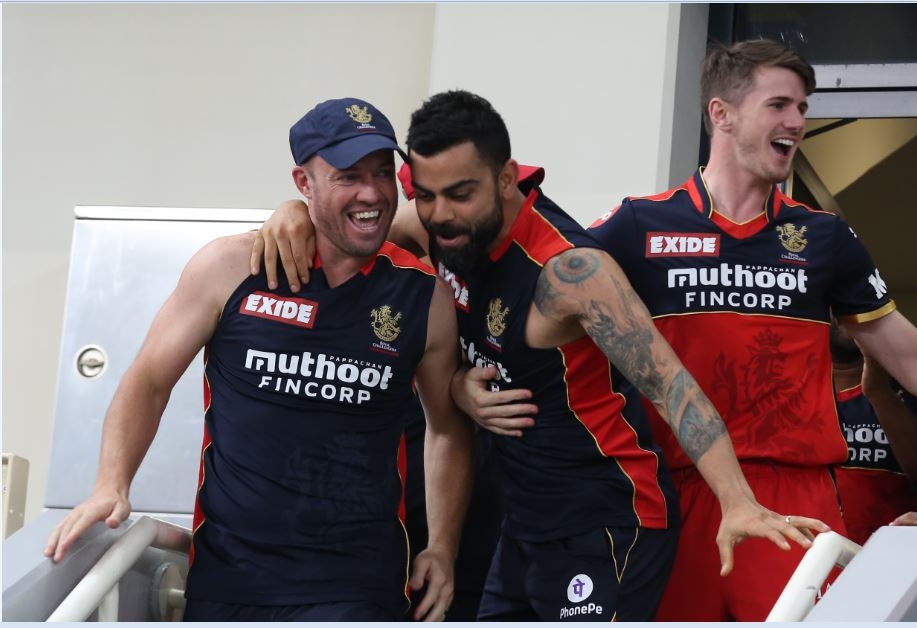 Mumbai:The impact of Virat Kohli on Royal Challengers Bangalore is measurable, AB de Villiers said in a video posted by the franchise on Tuesday (October 12). Ahead of the second half of IPL 2021, Kohli had announced his decision to step down from captaincy and his last game as skipper ended in RCB’s defeat to Kolkata Knight Riders.

“I have been here through all the years with Virat as captain and I think the word that comes to mind is ‘grateful’. We were very lucky to have had you at the front,” said de Villiers.

“The way you captained this team has inspired everyone, certainly inspired me to become better as a player and a person. You have had a much bigger impact than you will ever understand, it has gone miles. There are stories that you don’t even hear of people’s lives that you have touched.”

RCB under Kohli reached the play-offs four times, including twice in the last two seasons. They finished runners-up in 2016, going down to Sunrisers Hyderabad in the title-clash.

“I have known you on the field but away from it as well. You make people believe in themselves, which is much more important than winning a trophy. Which I still believe will come your way,” added the former South Africa captain.

Kohli has made his displeasure felt against umpires’ wrong calls many a time and even in the Eliminator. The RCB captain had a word with umpire Virendra Sharma after he gave an incorrect call in favour of KKR.

Referring to those, de Villiers said, “You have done a great job, but that book is not finished yet. Whatever you have done for us, we won’t forget it. Thanks for all the memories, and I think some of the umpires will sleep a bit better, very happy for them.”

Kohli, on his part, tweeted that irrespective of the results, the players can “hold our head high” for the efforts they put.

“Not the result we wanted but I am so proud of the character shown by the boys throughout the tournament. A disappointing end but we can hold our heads high. Thank you to all the fans, management & the support staff for your constant support,” wrote Kohli.

Kohli has played 140 matches as captain, second-most in IPL