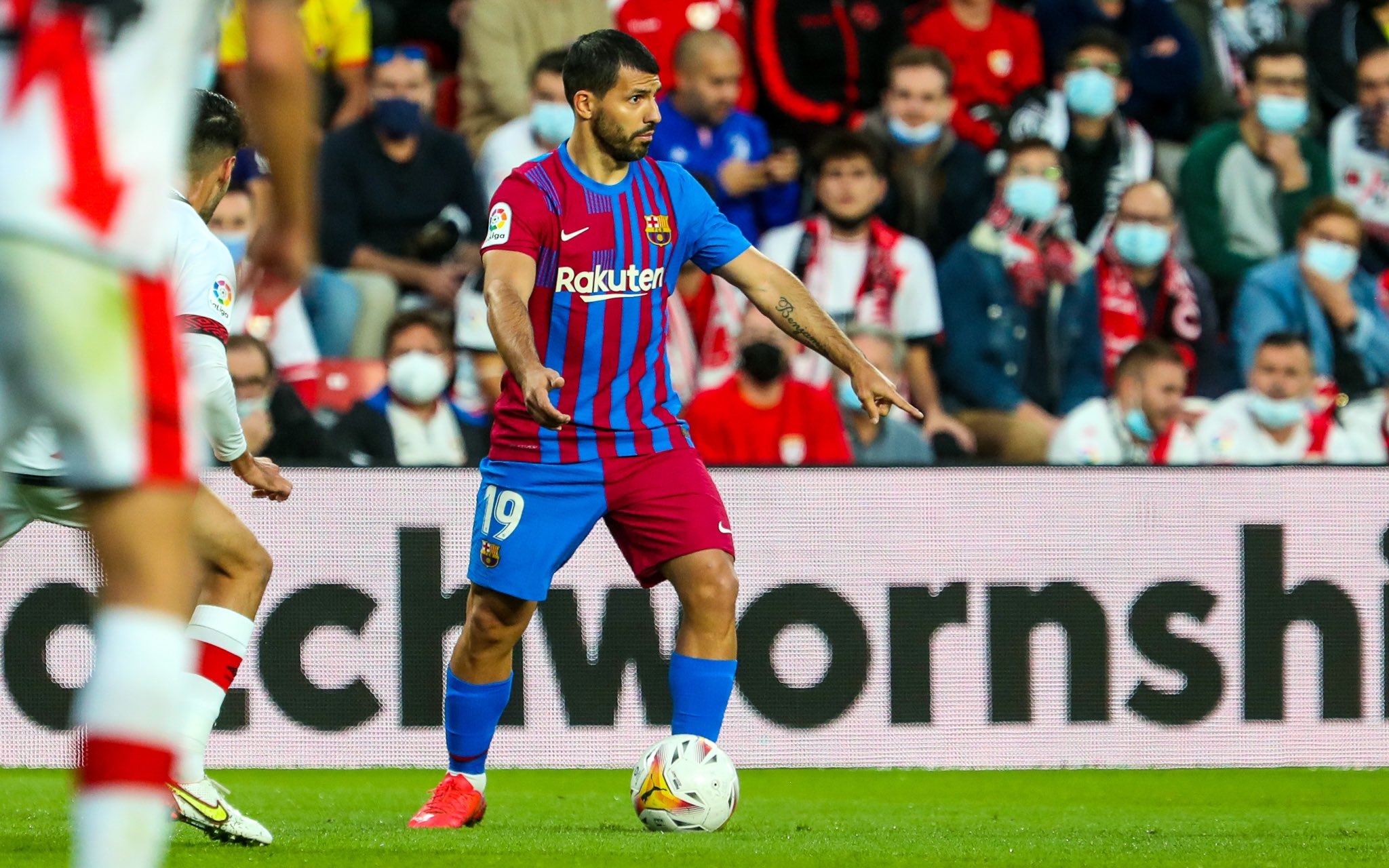 Barcelona head coach Xavi has denied claims that Sergio Aguero will announce his retirement from football next week following his cardiac arrhythmia diagnosis.

Aguero was forced to leave the pitch in Barcelona's 1-1 draw with Deportivo Alaves on October 31 with chest pains, and was initially advised by doctors to rest for the next three months.

Spanish journalist Gerard Romero reported on Saturday -- just prior to Barcelona's 1-0 win over city rivals Espanyol -- that Aguero will not be able to return to action and will announce his retirement shortly.

However, Xavi denied that a decision has been taken regarding Aguero's future yet.

"I spoke with him, he's calm and happy. I asked him to come back when he was feeling okay."

Xavi added: "We don't have this information. We are in touch with him and we will follow the evolution of what he had. Hopefully he can keep playing football. This is the information I have. I don't know where (the reports of Aguero retiring) came from."

Aguero has made just five appearances for the Blaugrana since arriving from Manchester City this summer. His only goal for the club came at the very end of Barcelonaa's 2-1 defeat at home to Real Madrid in El Clasico.