Beijing: India's campaign at the Winter Olympics came to a disappointing end on Wednesday after the country's lone participant, alpine skier Arif Khan, logged a 'Did Not Finish' in the men's slalom event here.

The 31-year-old from Baramulla district in Jammu and Kashmir, who had finished 45th in the giant slalom event on Sunday, was unable to complete Run 1 at the Yanqing National Alpine Skiing Centre here.

Since Khan, who was making his Winter Olympics debut, was unable to finish Run 1, he won't be competing in the second run of men's slalom event.

Only 52 of the 88 starters finished the first run and will compete again in Run 2.

Wearing bib no 79, Khan made a decent start, finishing the first intermediate in 14.40s and the second in 34.24s. However, he failed to complete the final section.

Austria's Johannes Strolz was the fastest skier in Run 1 with a time of 53.92s. The Norwegian duo of Henrik Kristoffersen (53.94s) and Sebastian Foss-Silevaag (53.98s) were second and third respectively.

Khan, the first Indian to qualify for two events in a Winter Olympics, had clocked combined time of 2 minute 47.24 seconds in the giant slalom event.

In giant slalom -- an Alpine skiing event -- athletes ski down a slope as they pass between sets of 'gates' which consist of two plastic poles.

A skier runs two races and the competitor with the lowest combined time across the two courses is deemed the winner.

In slalom, the course and distance between two successive gates are much smaller than in giant slalom, making it a much faster and more precise sport.

Failure to pass between any one gate in Run 1 deems a run as DNF (Did Not Finish) and such an athlete can't participate in the second run.

In Beijing Games, the giant slalom event took place on the 424m 'Ice River' course with a start altitude of 1925m and finish altitude of 1501m. 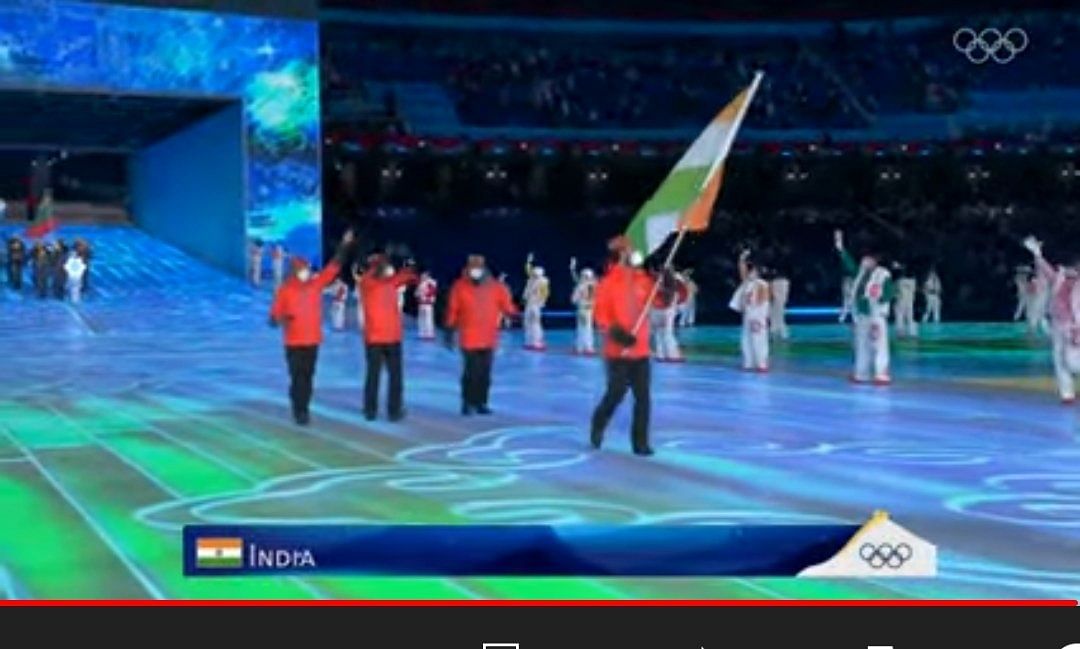