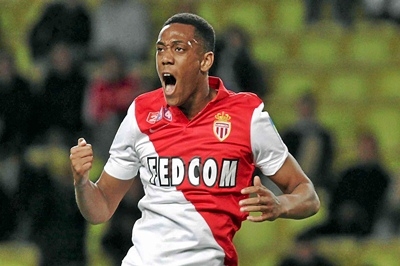 London : Manchester United skipper Wayne Rooney has lauded teammate Anthony Martial, saying that the new appointee will provide his club with some magical moments and will turn out to be a big player in the future.

The 29-year-old said that Martial, who became world’s most expensive football teenager after joining United, is a young man who has made an incredible start, the Daily Express reported. After United’s manager Louis Van Gaal denied talking about Premier league title talks, Rooney also said that it is too early to talk about this as there are many more games to be played. Rooney further said that it feels quite nice to be at the top, adding that his team needs to keep progressing and improving if they want to sustain their place in the ongoing League.

Earlier, Martial had helped Rooney by setting him up for the ‘knee in’ that ended his Premier League drought.With Rooney’s first goal after 1000 minutes drought, United claimed a convincing 3-0 win over bottom club Sunderland at Old Trafford. United is currently at top spot in Premier League table, having 16 points from seven games played. United will lock horns with Arsenal on October 4 at Emirates Stadium.